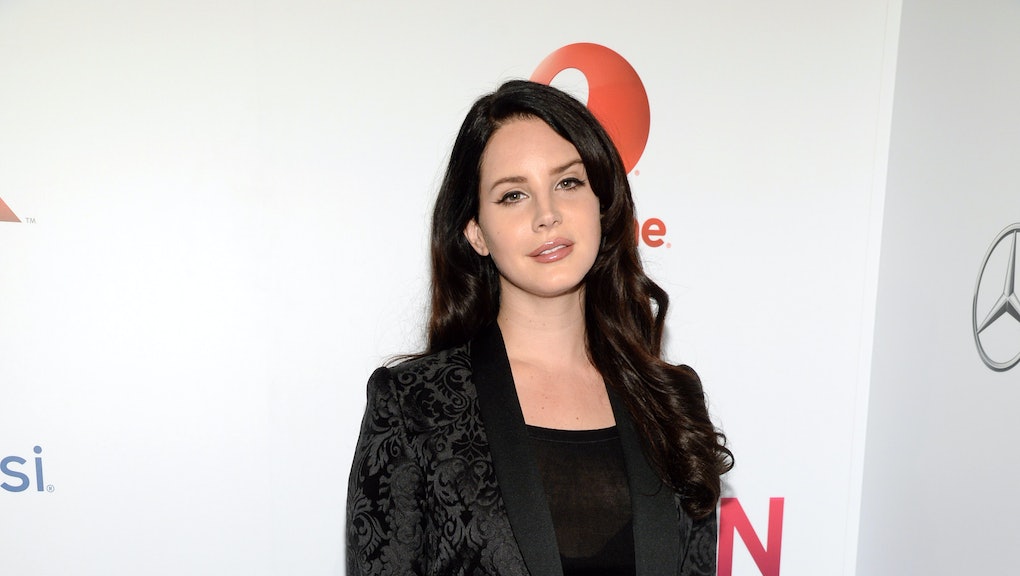 After spending the weekend at Coachella with Katy Perry, Lana Del Rey was inspired to share her feelings with a new song.

By way of an Instagram video, the "Born To Die" singer shared in her caption that the song is inspired by the complicated feelings she is having at the moment. With all that is "going on in the world," she has found herself at odds.

"I find it's a tightrope between being vigilantly observant of everything going on in the world and also having enough space and time to appreciate God's good earth," she wrote in the caption.

On her way home on Monday, the singer stopped by one of her favorite places to find a little inspiration. "I took a moment to sit down by the Sequoia Grove and write a new song," she shared.

"I just wanted to share this in hopes that one individual's hope and prayer for peace might contribute to the possibility of it in the long run," she wrote.

The song is untitled, so it's not certain whether or not it could appear on her upcoming Lust for Life album which is due this year.