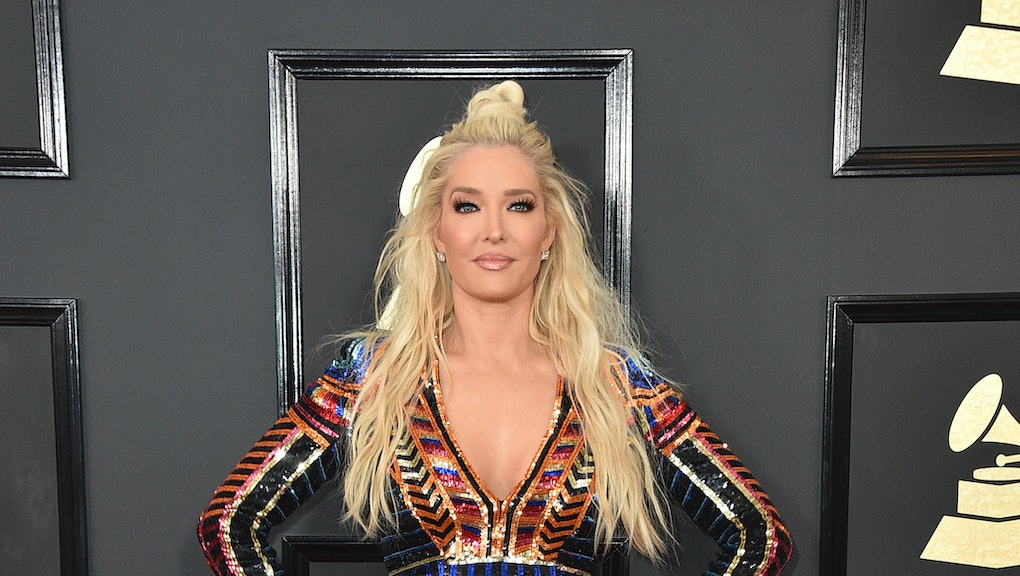 Who was eliminated in week 5 of 'Dancing with the Stars'? Disney night exit gets awkward

It's become tradition to dedicate one week of each Dancing with the Stars season to Disney movies — and for season 24, week five was that week. All the contestants danced to popular songs from Disney movies, decked out in full Disney-character regalia. And while the evening was full of lighthearted and much-improved performances, even Disney night can't end without a sad departure.

Despite receiving a decent score of 32/40 and great comments from the judges for her Viennese waltz based on Finding Dory, Real Housewives of Beverly Hills star Erika Jayne was eliminated during week five.

Jayne's lackluster dance to Madonna's "Express Yourself" in week four later brought her to tears during rehearsals for Disney night, so there's no doubt she was that much more determined to do better. "I've never felt that disconnected from an audience," Jayne said to partner Gleb Savchenko, according to Fox News.

The drama came to an awkward head at the end of week five's show, when Jayne whispered "I told you" to Savchenko after host Tom Bergeron announced she'd be going home. Bergeron called her out about the little aside on camera, and things got even weirder.

"Tom, I didn't say that," Jayne insisted. "I think I saw you. I'm a good lip reader!" rebutted Bergeron.

It's unclear why Bergeron decided to needle her, but it resulted in Jayne bolting from the set almost immediately after the show ended.

On the brighter side of week five, The Bachelor's Nick Viall and partner Peta Murgatroyd scored a 34/40 for their adorable jazz dance to "I Got No Strings" from the Disney classic Pinocchio.

They were tied for the lowest scores in week four, so Viall knew there was a risk of going home, but that didn't stop him from performing his little marionette heart out.

"We said, 'Either way, if it's going to be our last dance, we might as well make it a great one,'" Viall told Entertainment Tonight.

While the judges and audience seemed to love his performance, the jury's still out on his new clean-shaven look.

Meanwhile, Normani Kordei was at the top of the leaderboard with one kick-ass paso doble to "I'll Make a Man Out of You" from Mulan, for which she and partner Val Chmerkovskiy scored 39/40. With a 38/40, gymnast Simone Biles wasn't far behind with her acrobatic number to "How Far I'll Go" from Moana, sung live by the incomparable Auli'i Cravalho herself.

Now that we're into the second half of Dancing with the Stars' 24th season, all bets are off. It'll be exciting to see just how far these remaining contestants go to nab the coveted mirror ball.