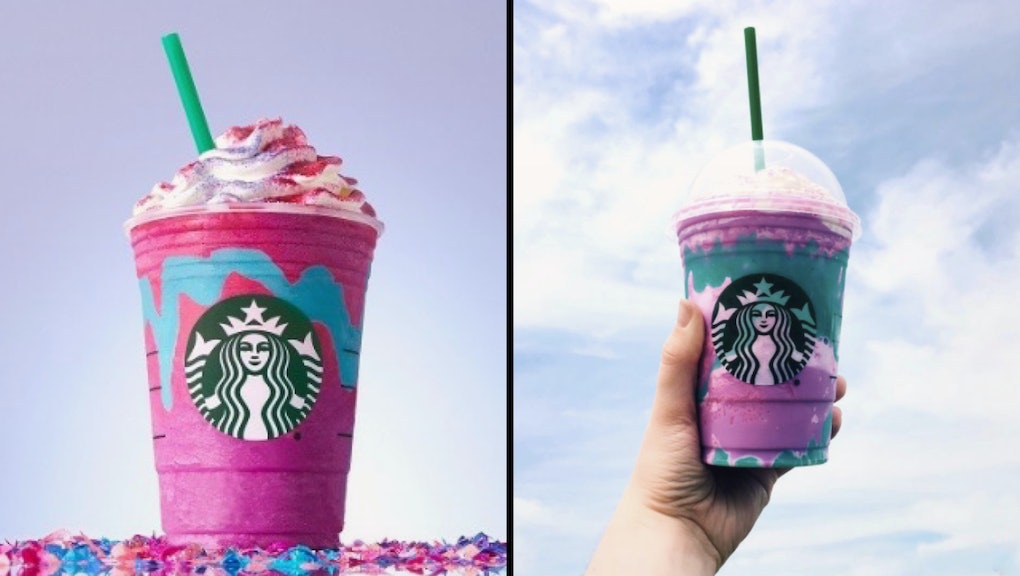 Buckle up, Starbucks Frappuccino fans. On Tuesday, the beloved coffee giant announced that stores nationwide will begin offering "Unicorn Frappuccinos," color-changing milkshakes that look like they were designed with Instagram in mind. The drinks will only be available Wednesday to April 23 — or until supplies last.

The drink looks purple when served, but when customers stir it up, it will change to pink, a Starbucks spokesperson said in an email, explaining the taste changes from sweet to sour.

What's in this bewitching, color changing drink? It's a creme frappuccino with mango syrup. The magenta hue comes from pink powder, and sour blue powder adds some tartness, one reviewer on Starbucks Secret Menu noted.

Rainbow and "unicorn" foods have swiftly taken over the food world, so it's no surprise that Starbucks wants to appear trendy and participate in the unicorn craze.

If the multicolored food trend is hurting your eyes and you'd rather feed your inner goth, there's always black ice cream.