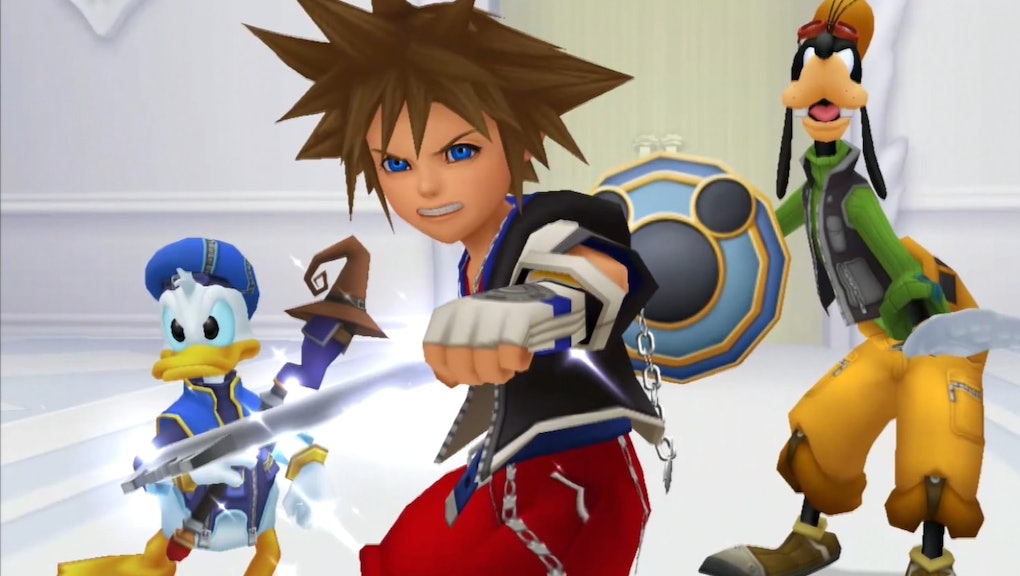 Kingdom Hearts' Ursula Guide: How to battle the sea witch and win the boss fight

While you patiently wait for more news about the long-awaited Kingdom Hearts 3, the HD remasters of the first two games are now out on PS4. You have plenty of time to catch up, so you might as well relive the PS2 classics in 1080p.

At one point in the first game, you have to fight Ursula from The Little Mermaid twice. Here's how to handle her.

How to beat Ursula in Kingdom Hearts 1.5

This comes courtesy of IGN's guide to the HD remaster of the first game. You'll fight Ursula twice in the Atlantica section of the game, with both fights requiring a bit of trickery to come out on top.

In the first fight with Ursula, she'll cackle and cook up spells in her cauldron. The goal here is to use the proper magic against the cauldron to offset whatever spell she's making and cause it to backfire on her. Use Blizzard when the cauldron is blue and use Fire when it's red. It's conveniently color coded, which is a bad idea for a powerful villain.

Take ethers and hit her two eels to recover magic power if need be, but otherwise, keep walloping the cauldron with magic to take her down. You'll learn the useful Mermaid Kick ability, which will come in handy momentarily.

Once you get to the Giant Ursula boss fight some minutes later, put Ariel and Donald in your party and set Donald to use defensive magic. Use Mermaid Kick to evade her powerful attacks (which she telegraphs beforehand) and use Aero to mitigate damage. This fight is basically an exercise in dodging and persistence. Stay out of harm's way and get in hits where you can and you'll eventually come out on top.