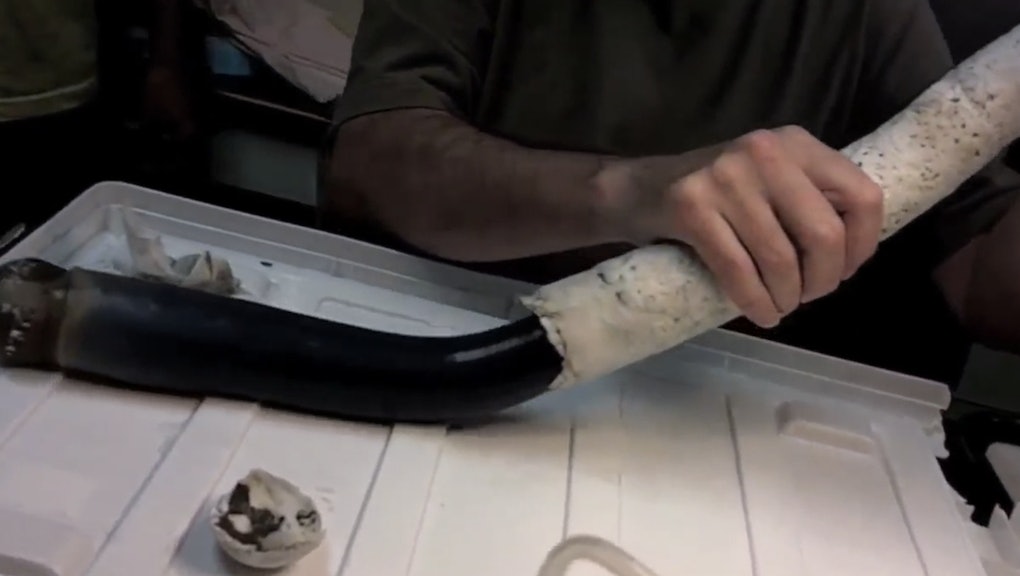 Giant shipworm: This weird, giant shipworm from the Philippines has the internet disgusted

Scientists are pumped about discovering a group of giant shipworms living in a lagoon in the Philippines, but it's safe to say the internet is collectively grossed out.

The discovery marks the first time scientists have found living examples of this species of giant shipworm, which can grow to be up to five feet long and 2.3 inches in diameter, according to the BBC.

The researchers published their findings in an academic journal and shared video footage of the team removing one of the slimy black worms from its tube-shaped shell.

The giant shipworm is technically a bivalve, like clams and mussels. Its shell grows to form a hard tip over its head, which it uses to burrow down into the mud.

"If they want to grow, they have to open that end of that tube, so somehow dissolve or reabsorb that cap on the bottom, grow, extend the tube down further into the mud, and then they seal it off again," study co-author Dan Distel explained to the Guardian.

"That color of the animal is sort of shocking," Distel said. "Most bivalves are grayish, tan, pink, brown, light beige colors. This thing just has this gunmetal-black color. It is much beefier, more muscular than any other bivalve I had ever seen."

It seems some people wish the scientists left the terrifying slime worm right where they found it: hidden in its shell at the bottom of a lagoon.