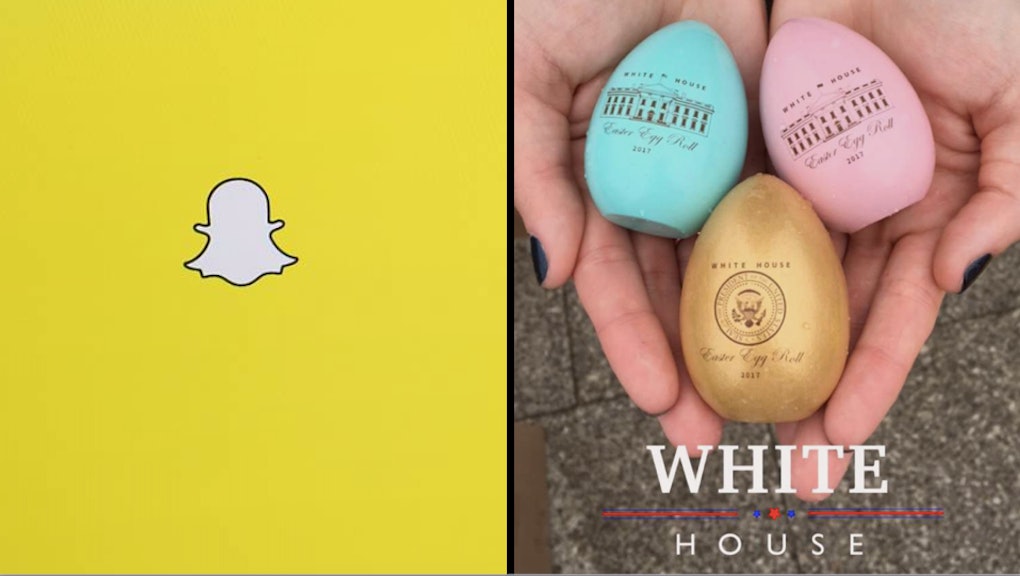 White House Snapchat: Here's what you're missing on Trump's stories

Since joining Snapchat in 2016, the White House has been offering its Snapchat followers a behind-the-scenes look at official White House events and other goings-on under the administrations of both former President Barack Obama and current President Donald Trump.

Most recently, the White House's account showcased Monday's annual Easter Egg Roll. The event had its own custom filter and the account featured snippets from guests like Omarosa Manigault and Ben Carson. It also had an ironic typo: One image featured Secretary of Education Betsy DeVos reading to children, but the caption referred to her as "Secretary of Educatuon."

The White House Snapchat was originally launched in January 2016 during the waning months of the Obama administration. "In light of the number of Americans who use the service to consume news and share with their friends, the White House is joining Snapchat to engage this broad cross-section of the population in new and creative ways," Joshua Miller, director of product management, wrote in a blog announcing the account's creation.

Trump doesn't personally manage the account, but Snapchat users can follow "realdonaldtrump" to see his curated snaps. The verified account was once accompanied by a "flying stack of cash" emoji, which has since been replaced with an emoji of the American flag. The account was reportedly created in September, while Trump was still campaigning for president. His first story featured footage from his inauguration, according to NBC 26.