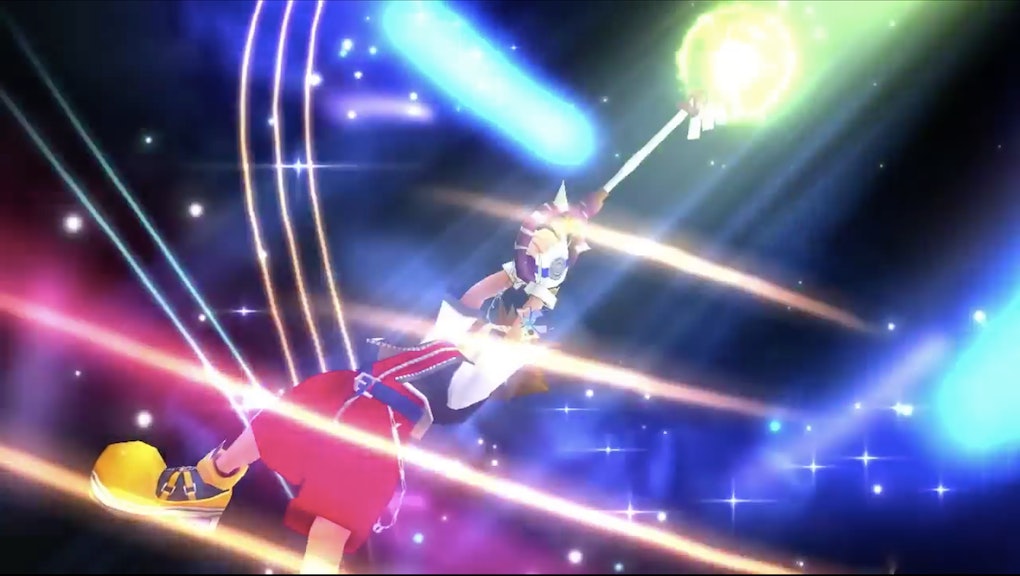 We're still a ways off from hearing any news about Kingdom Hearts 3, so it's a good thing that Square-Enix has re-released the RPG in HD to ensure everyone has the up-to-date Kingdom Hearts experience.

If you're playing through the HD remake of the original Kingdom Hearts for the first time or embarking on an arduous journey to refresh your memory of the series' baffling timeline and lore, you might be wondering where you pick up Curaga — it's easy to miss, but we know where to find it.

Kingdom Hearts 1.5 Curaga spell guide: Who to talk to in order to get the powerful healing magic

According to IGN, you can get Curaga by talking to Final Fantasy VII's Aerith in the Hollow Bastion library, a portion of one of the game's ending dungeons. You'll have to talk to her three times in order to get her to strengthen your healing magic, so mash that X button through those dialogue prompts if you're impatient.

Bear in mind however that Aerith won't appear in the Hollow Bastion library until certain conditions are met: Specifically, you'll have to have beaten Behemoth and sealed the Final Keyhole before she'll appear there, according to the Kingdom Hearts Wiki.

Once you've sealed that Final Keyhole, you'll basically have nothing left to do except beat the game's final boss and finish up any extra tidbits you've left undone, like finding the Dalmatians and completing the Coliseum, so it's worth it to get Curaga as soon as it becomes available.