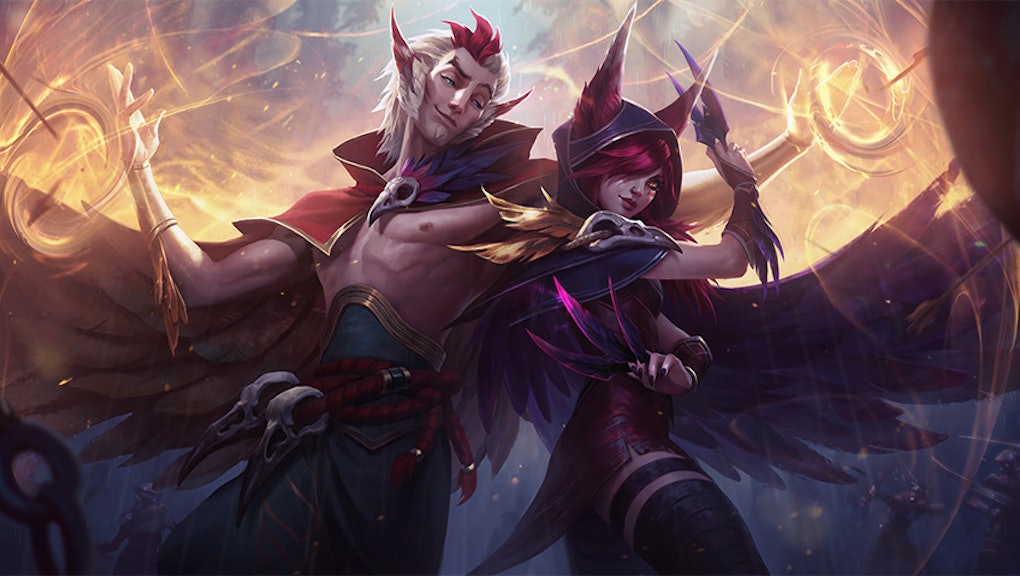 League of Legends dominates the lives of millions of players, and some of them are willing to do some serious digging to find out more about the game's future. This was exemplified recently by some Reddit leaks that came true with an official reveal of the game's two newest playable champions, Xayah and Rakan. This just goes to show it's not easy for one of the world's most popular games to keep anything a secret for long.

Riot gave Champion Spotlights to Xayah and Rakan this week, showing off the two new champions who can interact with each other in unique ways. In a League of Legends first, the two champions are better when they're on the same team, though you can have just one on a team if you like.

According to PVP Live, Xayah's deadly plumage ability can grant a 40% increase to bonus damage for both champions if used together. Rakan's battle dance, meanwhile, has increased range if Xayah is the target. That means, at least for a while, you'll be unlikely to see one without the other nearby. The two characters are also linked in the lore, if that's your thing.

It should be interesting to see how players use the two champions in tandem against the competition, and if players end up splitting the two if the bonuses aren't substantial enough. PVP Live says the two champions should be added to the game in patch 7.8, which might drop later this week.