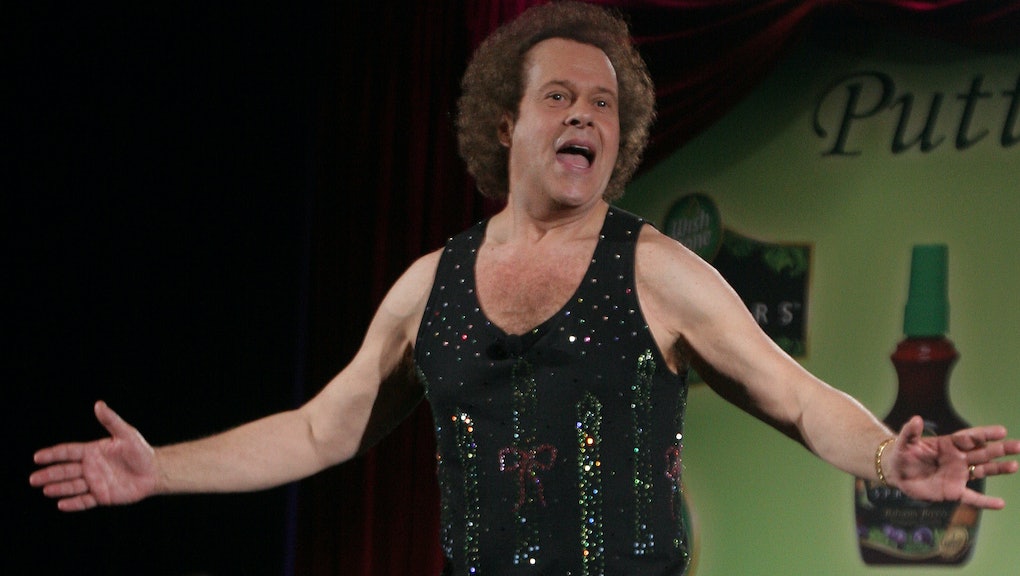 Will the mysteries surrounding fitness icon Richard Simmons ever end? A rep for Simmons, Michael Catalano, told ABC News that he was hospitalized in an undisclosed California hospital on Monday after having endured days of "severe indigestion and discomfort."

According to Catalano, Simmons is "already feeling better and is expected to make a full recovery."

This is just the latest update on Simmons. In March 2016, rumors started spreading that Simmons was missing, and perhaps was being held hostage by his housekeeper. It's true, he had been absent from the spotlight for some time, but the quick escalation of concerns surrounding his whereabouts were almost comical.

Enter one of the most successful podcasts of all time, Missing Richard Simmons, which sought to get to the bottom of things.

In March, Lenny Simmons, Richard's brother, came on the podcast and made it clear Richard was doing just fine away from the public eye.

"I would just hope people [can] be a little bit more respectful and realize that he's worked hard and he still loves people—but he needs some time for himself."

While Simmons is living a reclusive lifestyle, he is still doing some business. According to ABC News, he just signed a new endorsement deal.