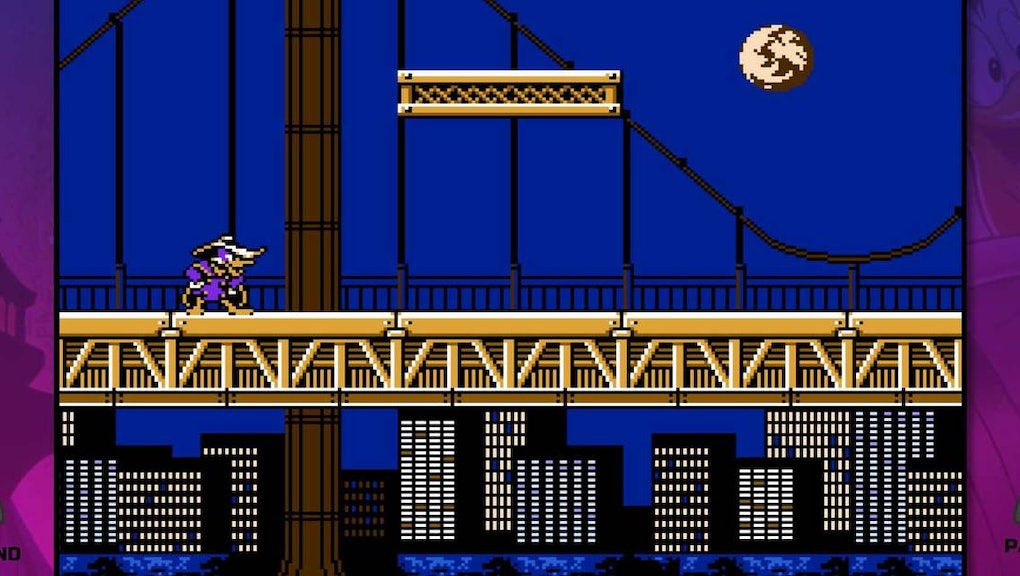 'The Disney Afternoon Collection' Review: Get your nostalgia fix with Disney NES games

If you want to escape the horrors of modernity and relive your golden years, The Disney Afternoon Collection might be the game for you. Out on PlayStation 4, Xbox One and PC this week, it packages six beloved NES games based on Disney's slate of cartoons from that era with new features and fun, museum-like bonuses.

If you were a kid in the late 1980s and early 1990s, the world must have seemed like such a promising place. There were great Saturday morning cartoons like Darkwing Duck and great NES games based on them, courtesy of Capcom. Oh, yeah, the whole Trump thing hadn't happened yet either. Join us as we take a look back at a simpler time in gaming.

The Disney Afternoon Collection Overview: Life is like a hurricane...

The Disney Afternoon Collection brings together six games you may or may not fondly recall from the glory days (and well after) of the NES:

Nothing has been done to the games themselves. These aren't remakes or remasters. Instead, they are seemingly faithful emulations with time attack and boss rush modes added for score bragging rights. This does not include the remastered version of DuckTales from a few years ago, so you'll have to seek that out separately if you want it. You can also put different visual filters on each game and adjust the aspect ratio to more accurately emulate the grungy CRT experience you had back in the day.

The only other major addition (and this is major) is a rewind button that allows you to rewind your gameplay at any time for as long as you want. Since these games tend to be fairly difficult and unforgiving (as most games were back then), this is essential for anyone who wants to replay them without the benefit of unlimited free time. It's genuinely a great addition that will allow you to get to the end of each game if you have enough patience.

As for the games themselves, time has been kinder to some than others. DuckTales is still a fun platformer with perhaps the greatest song in the history of video games. Both Chip 'n' Dale games are super basic, but relatively enjoyable co-op games. Darkwing Duck probably holds up the best of the bunch, with deep mechanics and level design caters to all of the player's abilities.

TaleSpin has good ideas, but I'm afraid it doesn't hold up so well. It's a kid-friendly scrolling shooter with vibrant visuals, more involved level design than many games in the genre and an upgrade system. The only problem is the default movement speed is far too slow for some of the challenges the game presents early on, making it unnecessarily difficult unless you know exactly what to do. The rewind feature mitigates this to an extent, but I still found it to be the least enjoyable game of the bunch.

Lastly, The Disney Afternoon Collection has a mighty collection of music, concept art and promotional materials to view for each game. This is probably the best part of the whole collection, as you get to see magazine ads and super high-resolution scans of each game's original cardboard boxes. Developer Frank Cifaldi has a big Twitter thread about this process if you're interested.

While you might not be personally interested in spending $20 for six old games, this collection's existence does serve an important purpose. Video games are not as forward compatible with modern technology as other art forms, so preservation and emulation efforts like this need to exist. The Disney Afternoon Collection is worth checking out if you have any fondness for these games or old games in general.