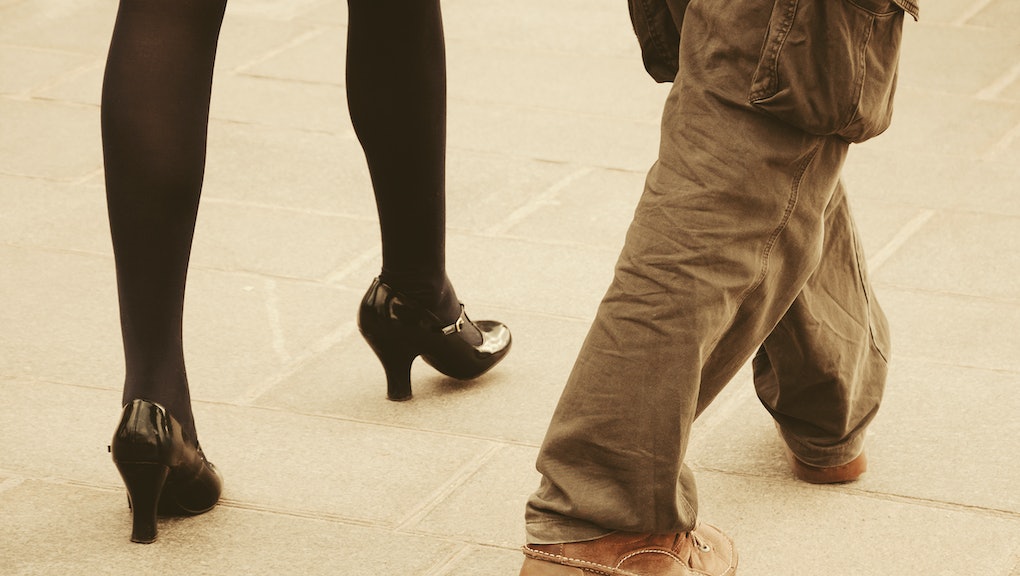 American women earn less on average than men — about $400,000 less over the course of a career. But figuring why and how that gap arises is the subject of great debate: Do women earn less than men because of discrimination on the job? Or are women socially conditioned to study fields that feed into lower paying careers? Is it both, or other factors?

At least the result is clear, said Dr. Andrew Chamberlain, chief economist at jobs site Glassdoor: On average, "men and women end up in different jobs," he said, "And college major is really the biggest factor there."

To untangle the roots of the pay gap, Chamberlain looked at gender gaps between college majors. He found that nine of the ten highest-paying majors are male-dominated, while six of the lowest-paying majors are female-dominated. At least among those raised in households with traditional gender roles, men may feel more pressure to choose majors that feed into high-paying jobs, Chamberlain said, while women might shy away from careers that are too demanding to allow for domestic responsibilities.

But the wage gap also persists within many high-paying majors, like engineering and healthcare administration, where women can expect to earn between 10% and 20% less than their male counterparts, he found.

Chamberlain did find a handful of college majors leading to higher earnings for female graduates — but these were the exception, not the rule. And interestingly, male students in those majors tended to be flighty: "Men who major in music and social work don't usually work in those fields. They take random jobs and end up in landscaping and sales," Chamberlain said. "With women, when they study those fields they actually end up in them."

The "best" profession for women, at least in terms of where they earn the most relative to men? Architecture, the study found.

"One interesting case where women out-earn men in the first five years after graduation is architecture," Chamberlain said. "Women were more likely to hold the job title 'architect,' which is a fairly high-paying position. Men were less likely to hold that title and instead more frequently held the title 'architectural designer,' which is in the same field, but not as high-paying."

Curious how your own major stacks up? Check out the best and the worst 10 majors for women — in terms of equal pay to male peers — below.

Employers and universities can help close the gender pay gap, Chamberlain said, and managers in particular should probably lean less on major as a surrogate for measuring skills — since the majors are already so gender-segregated. Chamberlain also said educational institutions can help by being more transparent about how much money certain majors end up making.

Keeping the value of a major abstract allows biases to skew decision-making, he said. For example: "physics is a heavily male-dominated field... but showing female undergrads how much more they could potentially earn, I think that would help overcome some of those stereotypes."

If you're already in the working world and it's too late to declare a new major, there are still ways you can fight the gender pay gap in other ways — by supporting elected officials who back stronger equal-pay laws, for example, or by reporting possible violations in your own workplace.