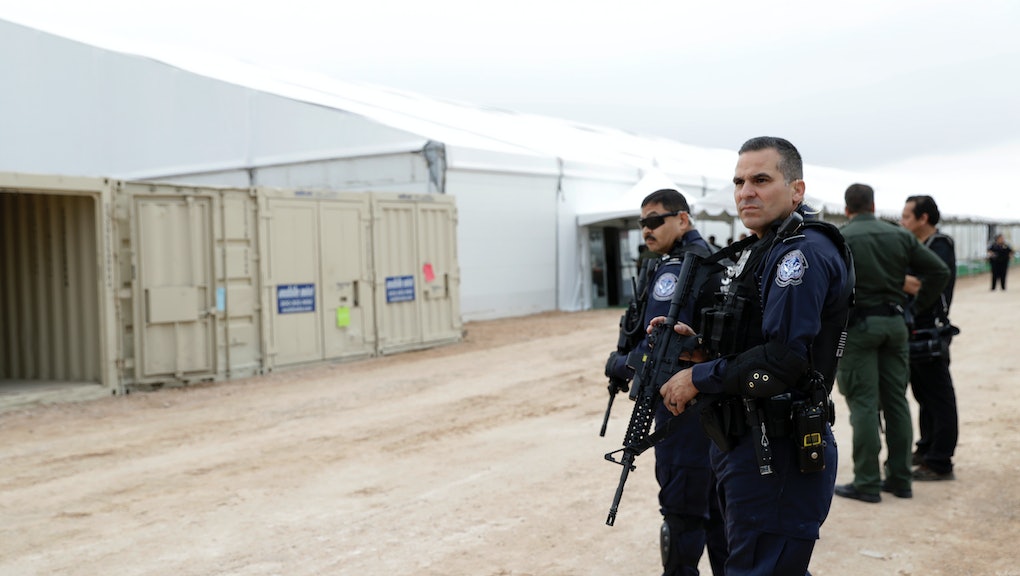 Federal authorities deported 23-year-old California resident Juan Manuel Montes, who has lived in the U.S. since the age of nine and twice received Deferred Action for Childhood Arrivals protections under the Obama's administration, in what appears to be the first case of a DACA-protected "Dreamer" being deported under President Donald Trump.

According to USA Today, Customs and Borders Protection officers approached Montes in Calexico, California, on Feb. 17, after Montes had left his wallet in a friend's car. Just three hours later, Montes found himself deported to Mexico.

Trump has promised to crack down on undocumented immigration and deport millions back to their home countries, as well as build a massive wall on the U.S.-Mexico border. A recent Department of Homeland Secutiy report said immigration authorities had secured 33,000 more detention beds, enlisted dozens of police forces and begun to expedite hiring procedures for hundreds to thousands of new immigration officers to meet those goals.

But the president has at times softened his rhetoric for the estimated 740,000 young people protected from deportation during the Obama administration under DACA, most recently in January, when he told ABC News, "They shouldn't be very worried. ... I have a big heart."

However, there have been warning signs Trump's soft spot for DACA beneficiaries may just be talk. Immigration authorities have previously detained DACA-protected persons under his presidency, although Montes appears to be the first confirmed to have actually been deported.