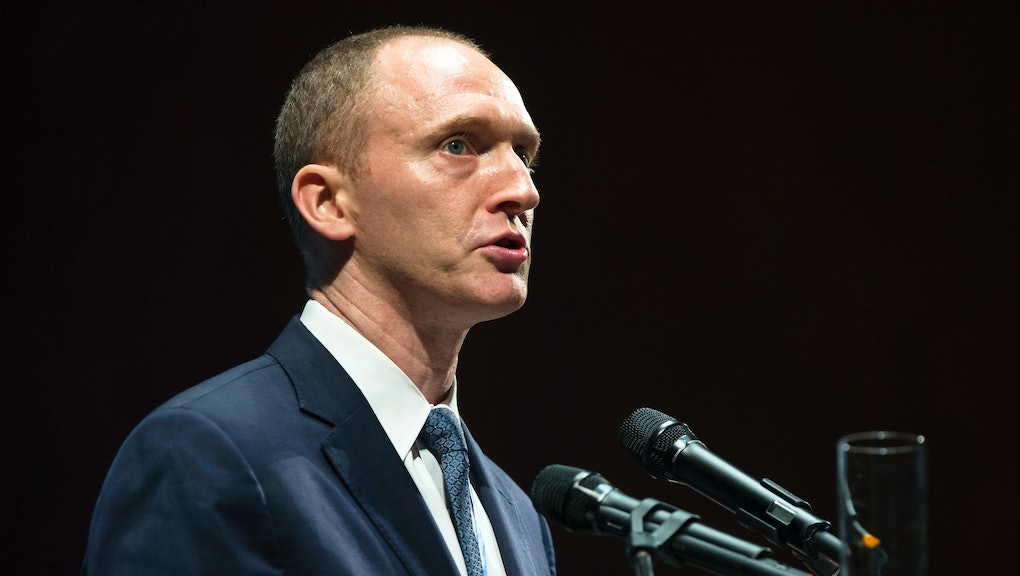 The FBI corroborated information from the infamous and yet-unconfirmed intelligence dossier on President Donald Trump's alleged ties to the Russian government. Yes, that dossier — the one claiming he had a "golden showers" party with prostitutes at a Moscow hotel. The FBI, CNN reported on Tuesday, used the information part of its basis for monitoring former Trump aide Carter Page.

According to CNN, the information in the dossier was used to justify a Foreign Intelligence Surveillance Act (FISA) warrant on Page, who met with a Russian spy in 2013 but was never accused by the FBI of wrongdoing. CNN wrote that officials said the dossier would not have been used as evidence unless at least some portions of it had been corroborated by the FBI's investigation. Information from the dossier has also been subsequently cited by FBI director James Comey in congressional briefings.

It remains unclear what information in the document the FBI found valuable.

The dossier was prepared by a former British intelligence agent Christopher Steele and has previously been reported to have been corroborated in part  by government officials. Steele alleged extensive collaboration between Trump and Russian intelligence agents to win the Nov. 2016 presidential elections, an allegation that is currently the subject of FBI, House and Senate investigations.

Additionally, Steele alleged the Russian government had obtained "kompromat," or blackmail materials, on Trump, alleging that there was a videotape of the now-president watching prostitutes urinate on the bed of the presidential suite of the Ritz Carlton Hotel, where Barack Obama once stayed with his wife Michelle Obama.