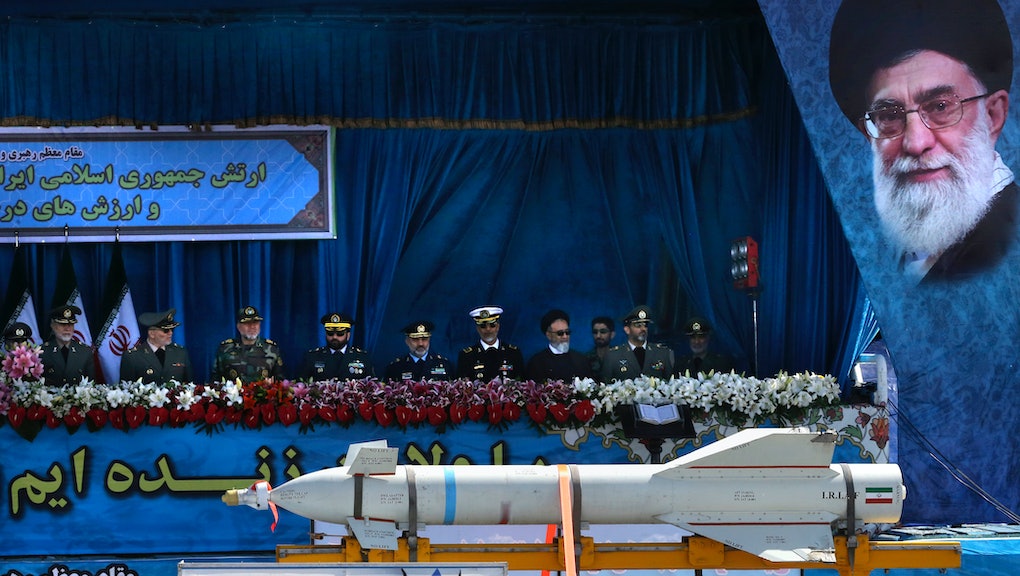 Secretary of State Rex Tillerson certified on Tuesday evening that Iran is complying with the terms of former President Barack Obama's historic deal to roll back its nuclear program. The certification, made to Speaker of the House Paul Ryan (R-Wis.), extends sanctions relief to Iran.

The move resulted in speculation that President Donald Trump's administration is trying to distance itself from Trump's hostile campaign trail rhetoric about the deal.

Tillerson released a letter to Ryan that said, "Iran is compliant through April 18th with its commitments under the Joint Comprehensive Plan of Action" — the formal name of the nuclear deal. Tillerson also wrote he remained concerned Iran is a "leading state sponsor of terror" and still has to evaluate whether the U.S. will lift any sanctions.

In an April 2016 campaign speech, Trump claimed that Iran had already violated the deal, immediately after Obama had made it.

"He negotiated a disastrous deal with Iran, and then we watched them ignore its terms, even before the ink was dry," Trump said.

As several journalists noted on Twitter, Trump was a vicious critic of the Iran deal, saying he had never seen any arrangement "so incompetently negotiated" and promising to "rip it up" and renegotiate.

Trump's rhetoric against the deal included remarks that it "poses a direct national security threat."

On Monday, Foreign Policy reported that a senior White House official had told them the Trump administration was debating whether to impose harsher sanctions on Iran, possibly by "broadening U.S. sanctions to include much larger chunks of the Iranian economy linked to the Islamic Revolutionary Guard Corps." Depending on how it was carried out, such a move would not necessarily violate the deal, but it could lead to Iran taking a more non-cooperative stance.