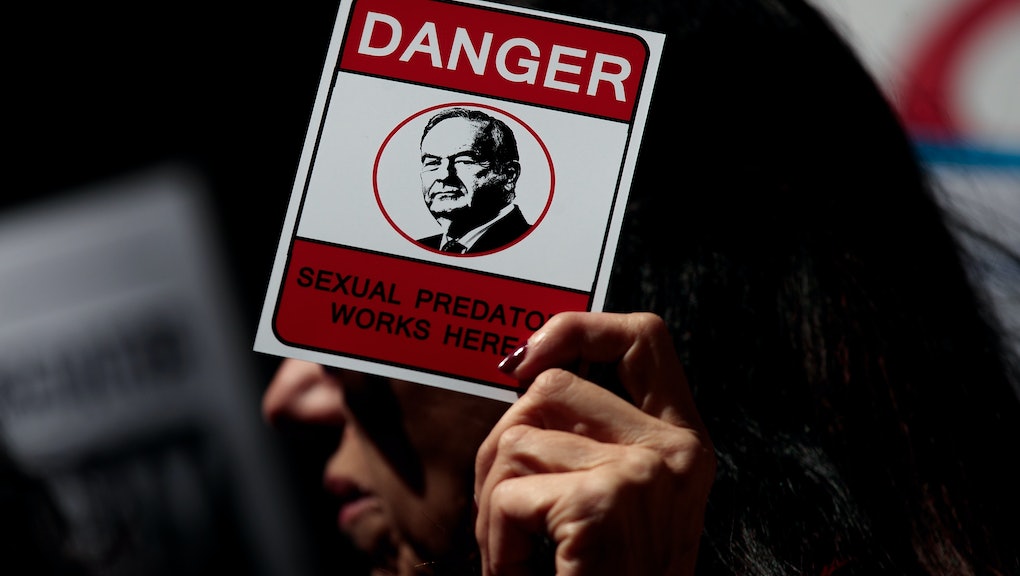 Amid the mounting pressure for Fox News to drop Bill O'Reilly, new allegations suggest there's yet another good reason to show the O'Reilly Factor host the door.

According to the Hollywood Reporter, a black clerical worker at the news network has accused O'Reilly of calling her "hot chocolate" and leering at her in 2008.

"She was afraid if she told him to knock it off she'd get fired," Bloom told the outlet. "Now that's she's aware this is all in the news, she's decided to phone in a complaint to the Fox News hotline."

Following this revelation, writer and director Judd Apatow heaped on another accusation of racism, recalling a troublesome comment O'Reilly once made about actress Halle Berry.

"I met him at a party and he looked at Halle Berry and said, 'Beautiful woman. I bet she's not the sharpest crayon in the box,'" Apatow wrote. "A horrid man."

It is outrageous that an allegation from an anonymous person about something that purportedly happened a decade ago is being treated as fact, especially when there is an obviously orchestrated campaign by activists and lawyers to destroy Mr. O'Reilly and enrich themselves through publicity driven donations.

"This law firm has uncovered evidence that the smear campaign is being orchestrated by far-left organizers bent on destroying O'Reilly for political and financial reasons," Kasowitz wrote.

But as Kasowitz builds his case for O'Reilly, it may be too little too late: The Murdochs, who own 21st Century Fox and Newscorp, are reportedly "leaning toward" giving O'Reilly the boot.

It may be for purely financial reasons, but at this point, there are more than a few people who would be happy to see him go, whatever the reason.