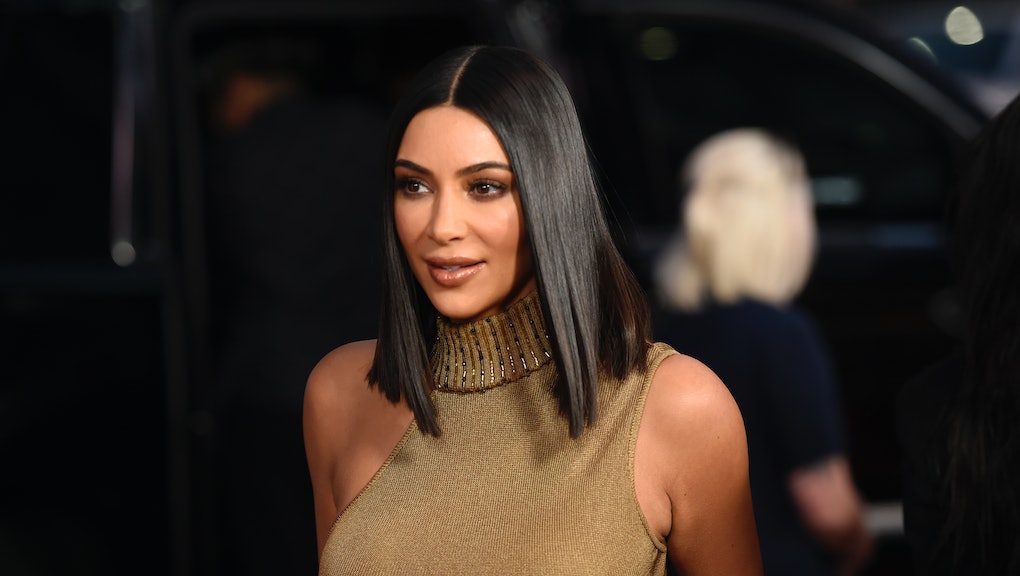 Kim Kardashian West called the flu "an amazing diet." It's not going over well.

On Tuesday night, at around 2 a.m. Eastern, Kim Kardashian West tweeted  about how great the flu is for losing weight.

"The flu can be an amazing diet," Kardashian West wrote. "So happy it came in time for the Met."

She ended it with a quick "lol" and the hashtag #6lbsdown, because apparently she's lost six pounds so far before the Met ball, which is happening on May 1.

Although to her Kardashian West's tweet was probably just a flippant little note, it actually couldn't come at a worse time. Just one week ago, Cosmopolitan got roasted for publishing a weight loss story about a woman who lost 44 pounds without exercising. How'd she do it? Well, she had cancer. So now here is Kardashian West, who has thousands of very young and impressionable fans, boasting about how yet another kind of illness can be actually be quite "an amazing diet."

Of course, Twitter reacted quickly, with people pointing out that she was (probably unknowingly) directly quoting The Devil Wears Prada, which made a similar joke about using illness as a diet.

It's also just... clearly not a good idea.

More seriously though, this rousing endorsement of contracting the flu could be taken as an unconscious attempt at glamorizing illness, or an endorsement for people to purposefully get sick in order to lose weight. And that would be, if you hadn't thought about it already, a very, very bad idea.

Kardashian West has tweeted out some bizarre things in the past, but this is one that definitely should have been kept a draft.