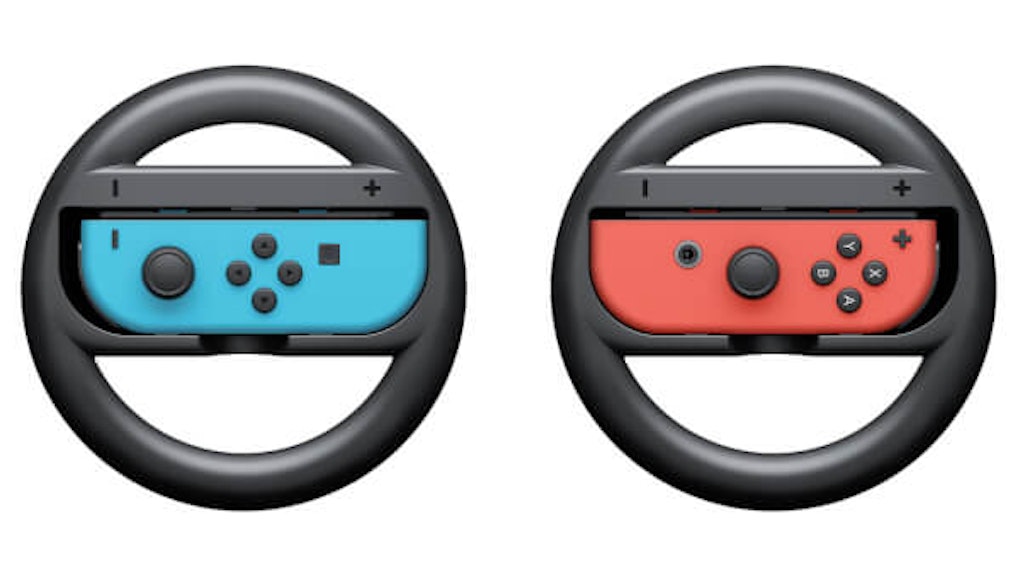 'Mario Kart 8 Deluxe' Switch and Wii U Controller Options: Which controllers can you use?

Continuing Nintendo's latest favorite tradition, Mario Kart 8 Deluxe supports numerous controller options for those looking to play. Similar to games like Super Smash Bros, racers can use a multitude of controller options to play Mario Kart 8. It's not for us to say which one works best for your racing style (although, obviously the answer is the pro controller) but having played MK8 Deluxe, we at least know what controllers are an option.

Here's what you can expect.

Entering the controller options screen of Mario Kart 8 Deluxe clues us into what gamepad configurations to expect from the game. These include:

If you're interested in local multiplayer but only have the controllers included with the Switch, you can turn each Joy-Con on their side and play that way. This mode only lets you use the analog stick to control directions or even motion control to steer. Though for that you may want to purchase the Joy-Con Wheel.

Arguably the most comfortable option, the Switch Pro Controller is the closest to you get to gamepad options similar to the PS4 and Xbox One controller options. This option gives you a full range of direction options (both analog and a proper D-pad) and offers motion control. You don't get analog triggers, but those aren't needed in Mario Kart anyway.

Playing with the Joy-Con attached to the console itself provide another comfortable console option. If you're playing multiplayer on the road and everyone has their own copy of the game, you'll probably be playing in this mode.

You're probably wondering which of your Wii U controllers Mario Kart 8 Deluxe will support? Is it the long-lasting Wii U Pro Controller? Or perhaps the tried-and-true Wii Remote. The original Mario Kart 8 premiered on Wii U, after all, and every Switch control scheme resembles the Wii U's controller options. Perhaps they all work!

The answer is none. You can't use your Wii U Pro Controller, even though the Switch Pro Controller has the same button layout. You can't use your sideways-held Wii Remote or Wii Remote and nunchuk, even though the Joy-Con are basically tiny Wiimotes. Masochists aren't even able to use the Wii U GamePad to control Mario Kart 8 on Switch even if they have it lying around and need extra buttons for just one more person during multiplayer.

Fortunately for players, Mario Kart 8 Deluxe supports two-person local multiplayer right from the controllers you carry with your Switch at all times. Though let's hope a software update comes that lets more people join in the fun.

If you're anxious to get racing in Mario Kart 8 Deluxe, check out our video gameplay of the first 20 minutes of the game. Learn how you can buy the game bundled with the console, including one bundle from Nintendo. Find out if we're expecting DLC and our initial impressions of the new console it's on from back in January. Or you can play Mario Kart 64 on a newer console instead, you're looking to fill that need of nostalgia.