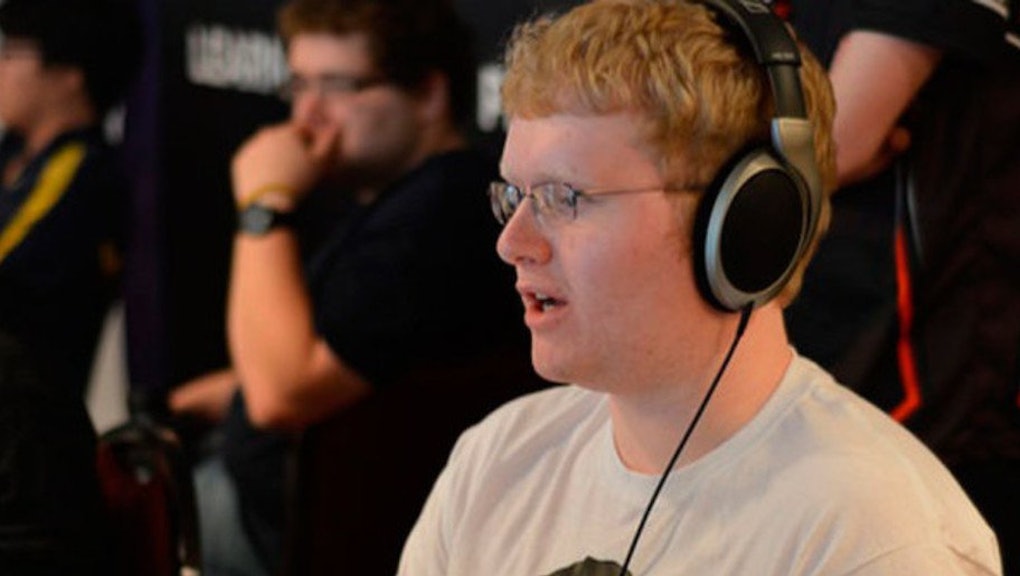 'Overwatch' esports Player Seagull: Everything you need to know about the pro gamer

It's no secret Overwatch has had immense success, reaching a reported 25 million players in January. Consequently, Overwatch has developed a thriving streaming and professional gaming scene, also known as eSports.

One of the most popular people in this scene, without a doubt, is Seagull. Brandon "Seagull" Larned is a professional gamer and streamer who — like many Overwatch folks — gained popularity from playing Team Fortress 2, another team-based first-person shooter.

Seagull even dipped into brief mainstream fame when Jimmy Fallon weirdly made fun of him for an awkward handshake experience during a tournament.

Seagull has been part of Overwatch eSports on one team or another since March 2016, though he's spent a majority of his time on team NRG. Recently, however, Seagull has been in eSports news because he left NRG to focus on his streaming.

In the eSports community, the Seagull-led NRG was known as a team comprised of talented players with poor teamwork. After the Overwatch World Cup in 2016, gossip spread of Seagull being a bad leader when the American team, which he also led, performed terribly.

Ster, another Overwatch personality who was on the team, repeatedly mentioned the team's lack of practice time and motivation when facing its South Korean competition.

The dissonance of Seagull being an extremely talented player and NRG failing as a team has been a topic of conversation in the Overwatch community since the eSports scene got its start.

To add to the pressure, Daniel "Gods" Graeser — another popular NRG player — left the team in October. Afterward, NRG decided to double-down on its efforts to center Seagull in team strategies.

Overwatch isn't built for the characters Seagull tends to favor

Forgetting the other drama, Overwatch itself doesn't seem to be on Seagull's side. Seagull is known for his amazing use of characters like Genji, Hanzo and Mei, who are known as projectile characters in first-person shooter games.

Instead of a regular gun, these characters shoot shurikens, arrows and icicles, respectively. This impacts gameplay because unlike hitscan characters such as Soldier 76 or Tracer, each of those projectiles travel at different speeds.

Professional players generally focus on playing either hitscan or projectile characters, as switching between the two can dramatically shift strategy. Seagull is a hardcore projectile player, but because of a variety of specific design choices, Overwatch has made it more difficult to play a projectile hero. Consequently, this has made it easier for hitscan players.

All of this combined led to Seagull's decision to leave the world of eSports and instead continue as a professional streamer. Rather than getting roasted by Fallon and having the weight of an entire team on his shoulders, Seagull has decided to make a career of showing off his awesome skills from the comfort of his own home.

For more on Overwatch, check out the rest of what Mic has to offer. Here is our Project Runway-style judging of every new Uprising skin, an unintentionally hilarious infographic showing the most popular Overwatch characters in each state, our definitive ranking of every Overwatch hero and a giant Overwatch FAQ for beginners