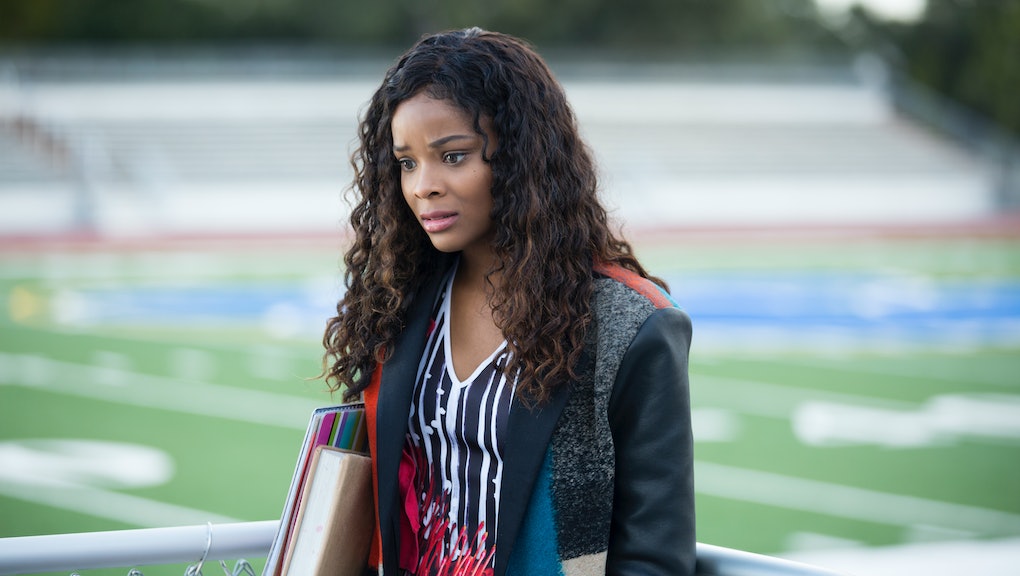 What did Sheri do in '13 Reasons Why'? Here's why she is on Hannah's tapes.

In 13 emotionally packed episodes, Netflix's 13 Reasons Why shines a light on just how important it is for people of all ages to take note of how they treat others, because actions have consequences. Much like Jay Asher's book of the same name, the series explores issues like bullying and sexual assault through 13 tapes, which Hannah Baker records prior to committing suicide.

Each tape is dedicated to a person whom Hannah felt contributed in some way to her decision to take her own life. And while this is a matter of opinion, not every action Hannah describes is as wicked as the other. Furthermore, not every person on Hannah's tapes is innately evil. Rather, some just made a mistake. But 13 Reasons Why illustrates that mistakes can have grave consequences.

One character's action in 13 Reasons Why perfectly exemplifies this: Sheri Holland, played in the Netflix series by Ajiona Alexus, is subject 10 on Hannah's tapes. And Sheri is one of Hannah's subjects who is clearly not inherently bad. In fact, she is a friendly, outgoing and genuinely nice person. She is a popular cheerleader, but not the sort to look down on those that are not in the "it" group.

Sheri's place on Hannah's tapes actually comes from what was initially a good deed. If you have seen 13 Reasons Why, you know that one of the main catalysts for Hannah's suicide is Jessica Davis' party. Three of Hannah's tapes focus primarily on the events of that night, and Sheri's tape is one of them. It is at this party where Hannah witnesses Bryce raping Jessica. And in the aftermath of that horrific scene, Hannah was in such shock that Sheri (who did not know about the rape) asked if she needed a ride home from the party.

During that ride, however, Sheri becomes distracted and her car hits a stop sign at an intersection, knocking it over. Scared that she may get in trouble, Sheri decides to flee the scene, leaving Hannah, who believes they should call the police, behind. The rest, as they say, is history. Hannah leaves the scene of the accident to find a phone to call the police, and while gone, Jeff Atkins is killed in a fatal car collision at the intersection.

Subsequently, Hannah tries to convince Sheri that the two of them should tell the cops what happened. But Sheri is still too scared. We learn in the present that Sheri has been helping the older gentleman who was injured, though not killed, in the accident with Jeff. And Sheri's role in the series eventually comes to a close with her calling the police to report her role in the accident that claimed Jeff's — and in part, Hannah's — life.