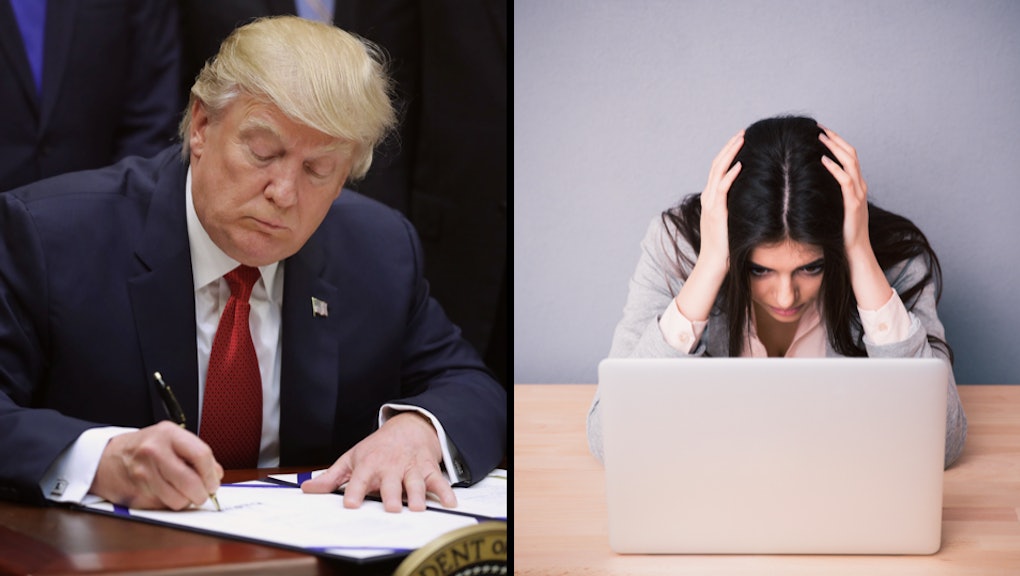 Broadband providers are kept in check by the government, specifically the Federal Communications Commission. But under the Trump administration, accountability has gone out the window.

After President Trump appointed Ajit Pai as FCC chairman, Pai dropped investigations into sketchy "zero-rating" practices that allow wireless providers to give specific services preferential treatment. According to Pai's predecessor Tom Wheeler, a probe was necessary since these deals could potentially "create unfair advantages when companies aggressively zero-rate their own services."

Even worse: The FCC's leniency may leave Americans paying more for their internet. According to DSLReports, there's a growing monopoly in the broadband world that can make your internet cost a lot more in the near future.

The problem lies in what a monopoly represents: fewer competitors in the market. Less competition in the broadband market means these companies have the power to increase rates and consumers won't have any other option but oblige, since there's no immediate competing force to provide a better alternative. As DSLReports points out, this can already be seen in how cable providers are implementing data usage caps.

Chaplin predicts that broadband providers can double how much they charge for internet as their grasp of the market share increases and as the number of new subscribers fizzles out.

"As the primary source of value to households shifts increasingly from pay-TV to broadband, we would expect the cable companies to reflect more of the annual rate increases they push through on their bundles to be reflected in broadband than in the past," Chaplin said in his research note.

Broadband companies are notorious for being misleading — fine prints, marketing campaigns and dubious practices — so these price hikes may not even be noticeable to the average consumer. DSLReports says Comcast and Charter are facing lawsuits for such behavior, so it would not be unprecedented for broadband companies to casually dupe consumers.

Regulating mergers and the growing broadband monopoly may be hard to control and curb, but the government has the power to police how companies conduct their business and interact with consumers. By holding companies accountable for transparency and ethical practices, the FCC can protect consumers and their wallets.

After all, a government for the people should be team consumer.