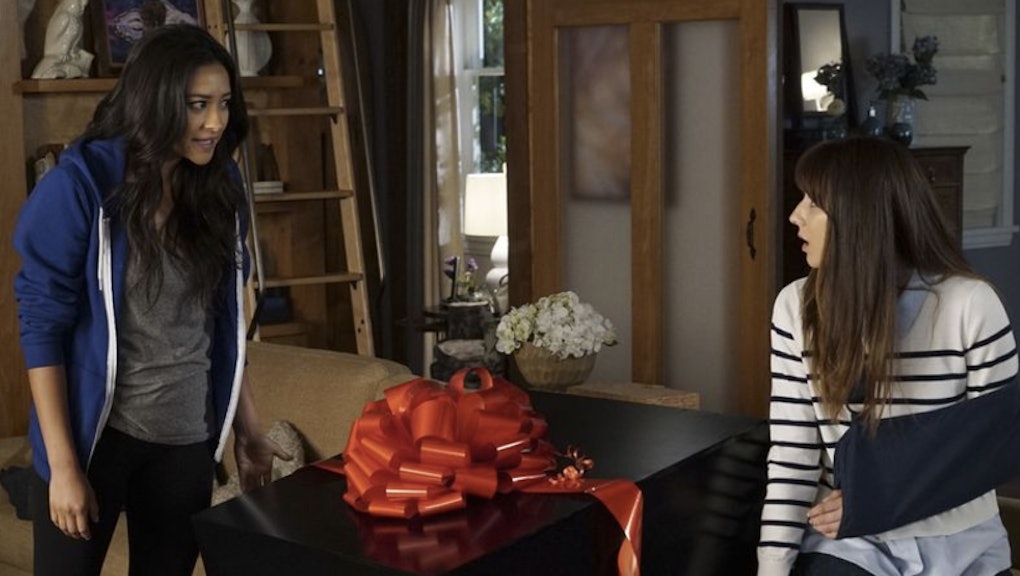 What will happen in 'Pretty Little Liars' season 7, episode 12?

"The Jenna Thing" will return to haunt the title characters of Pretty Little Liars in the second of its final 10 episodes. Titled "These Boots Were Made for Stalking," season seven's 12th episode promises the return of Jenna, who was last seen talking with A.D. and getting the scoop on the game the Liars were playing.

Along with numerous familial and romantic complications filling the show's plot, the episode's promo shows Jenna claiming she was also an intended victim of Noel Kahn — and Spencer begging the police to imprison her.

The Liars have a long history with Jenna, and it isn't a pretty one. In fact, she's one of the top contenders for the title of A.D. But the previous episode concluded with someone telling Jenna about the Liars' game — so it's unclear whether she's on the A-team or has her own agenda with the girls.