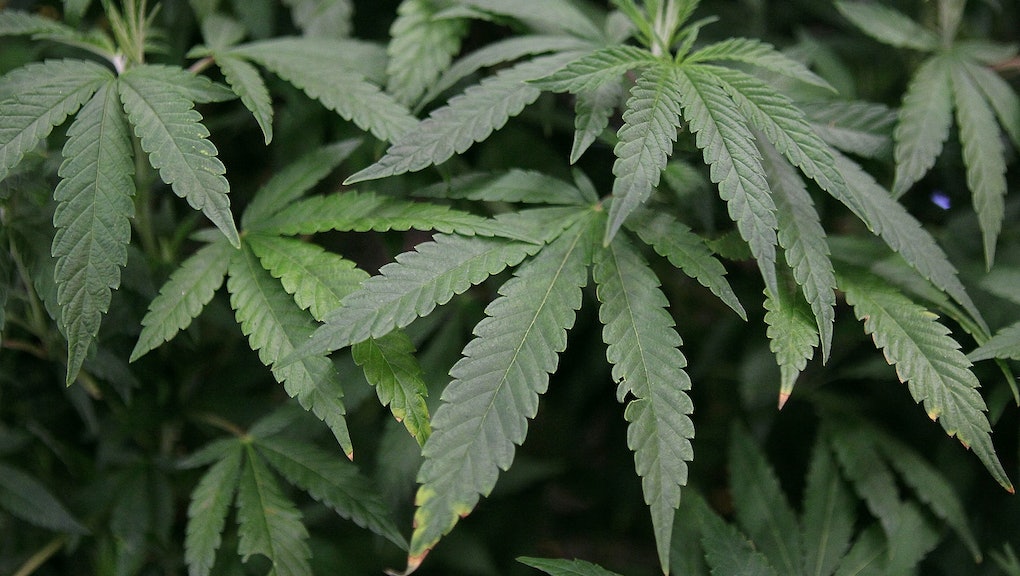 14 stoner movies to watch on Netflix while high

April 20, a.k.a. the unofficial holiday honoring the practice of smoking marijuana, can be celebrated all sorts of ways. The more affluent weed enthusiasts may smoke joints using 24-karat rolling papers. Others may simply take off work and attempt to eat their weight in foot-long sandwiches. It is safe to say, however, that most true stoners will likely end up zoned out in front of the television at some point during the day.

When that happens, the ultimate tragedy would be to have nothing good to watch. True, being high means that most things start to get interesting after awhile, but watching an eight-hour Million Dollar Listing marathon is not really paying proper homage to the day.

So for all those who plan to plant themselves on the couch for 4/20, here's a handy guide to some of the best stoner movies available on Netflix.

This movie, about the longest (and most ridiculous) last day of camp in the '80s, is the perfect summer precursor for joint toters. It may have been panned by critics, but Law and Order: Special Victim's Unit's Christopher Meloni talks to a soup can multiple times in it — and the soup can talks back. Enough said.

A feel-good animated movie featuring a fun-loving fish who can't remember anything? It doesn't get any more complementary than that. Plus, Dory's ebullience will have a soothing effect should one start freaking out mid-high.

3. Tenacious D in the Pick of Destiny

JB, played by Jack Black, heads to California to become a rock god and meets up with his soon-to-be partner in music and shenanigans, KG, played by Kyle Glass, along the way. The two name themselves Tenacious D and battle Satan on their quest for the Pick of Destiny. For anyone not familiar with the band, you can look forward to cartoons, pot smoking and general hilarity.

Richard Pryor's 1971 stand-up special is hysterical all on its own, but it was tailor-made for pot smokers.

Another summer flick set in the 1980s, Adventureland is about a college graduate, played by Jesse Eisenberg, who has to take a job at the local amusement park. Thankfully, it ends up being a pretty chill place where everyone smokes pot, including the girl of his dreams, who's played by Kristen Stewart. Awesome costars include Kristen Wiig, Bill Hader and Ryan Reynolds.

The title suggests this drug-soaked movie is all about cocaine, but in fact, most of the first half is about smoking and smuggling marijuana. Blow may have received mixed reviews from critics, but it epitomizes '70s cool — and not just because of the flagrant use of drugs. This is a must-watch for those nostalgia-hungry stoners.

Rarely has there been a movie that plays so well to the stoner crowd without actually featuring weed. This coming-of-age story about two high school seniors just trying to get laid is as funny as it is epic. Or as Evan, played by Michael Cera says, "Good shit, right Miroki?"

8. Drunk Stoned Brilliant Dead: The Story of the National Lampoon

For the stoners who want to watch something fun but also learn something, this documentary about The National Lampoon is the way to go. Starting in the 1970s, Drunk Stoned Brilliant Dead tells the untold stories of the comic legends who started out working on National Lampoon movies. It's fascinating, hilarious and bittersweet considering how many of them are no longer around.

9. Keith Richards: Under the Influence

No comment necessary. No, but seriously, it's a great documentary on one of the incomparable legends of rock 'n' roll.

Missing Girls and high? This is the perfect antidote. Much like Lena Dunham's series that just ended, Tiny Furniture is a coming-of-age story about a girl trying to become an adult, but here, she's still living in her parents' apartment. The movie's replete with Dunham's signature sarcasm and wit and features Jemima Kirke to boot. What could be better? Perhaps seeing Dunham's actual sister Grace play her fictitious sister?

Movie stars are forced to become real-life soldiers in this laugh-out-loud 2008 comedy. Best moments include Ben Stiller reprising his (fake) role as Simple Jack for a pre-teen drug lord, and Tom Cruise doing, well pretty much anything as the executive producer.

12. Alice Through the Looking Glass

For those who want to feel high on top of their high, any iteration of Alice in Wonderland is where it's at. This sequel, however, is what's currently available on Netflix, and it's every bit as trippy as the first.

And finally, for the stoners who embrace being scared out of their wits, The Babadook is a Netflix's must-watch. Essentially it's a terrifying childhood fable come to life,

This article was originally published on April 19, 2017