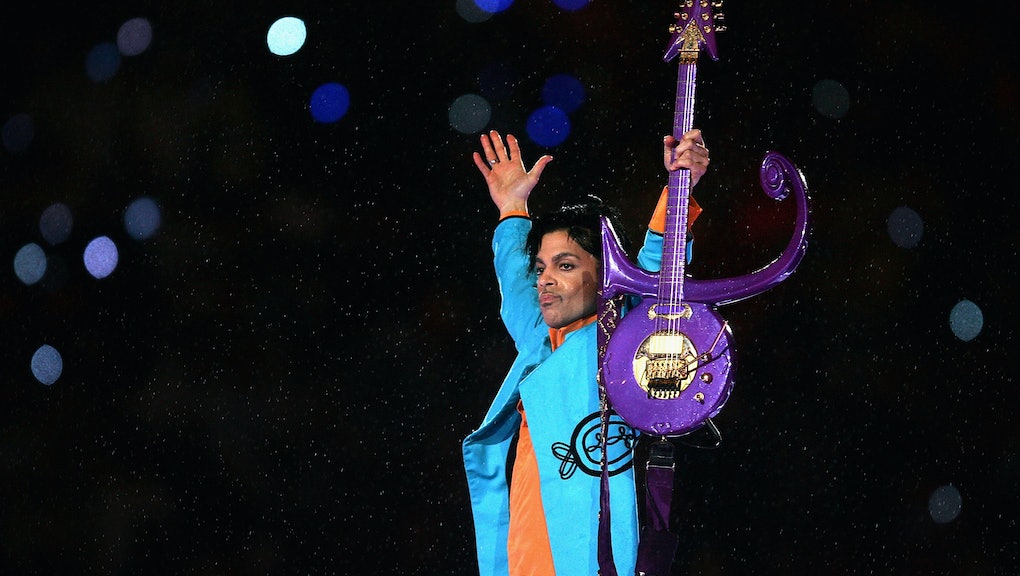 Why did Prince change his name to the symbol? The surprising true story.

Music icon Prince passed away on April 21, 2016, and the world continues to mourn the loss of the legend.

Many know the singer simply as Prince, but over the course of his long and tremendous career, he at one point changed it to just a symbol. Why? Because he's Prince and he did whatever he wanted.

The "Purple Rain" singer wasn't loving his record deal with Warner Bros. at the time. The singer had originally signed with the label at age 19 in 1977 and resigned in the '90s, but there were problems. Prince didn't want to be controlled by the label and wanted complete artist freedom, so he decided to rebel.

Under the deal with Warner Bros., Prince's name was trademarked by the company for marketing purposes. So, as a result, in 1993 he changed his name to an unpronounceable symbol. It was declared the "Love Symbol," a mix of the gender signs for men and women.

"It is an unpronounceable symbol whose meaning has not been identified. It's all about thinking in new ways, tuning in to a new free-quency," the singer said in a statement after changing his name.

As a result, it heavily impacted his career. The media began to refer to him as the "Artist Formerly Known as Prince" and his record sales were impacted negatively.

In 2000, Prince went back to his name and got rid of the symbol. Although he was back to going by Prince, the symbol never left his side through his career; it even became the look for his infamous guitar.