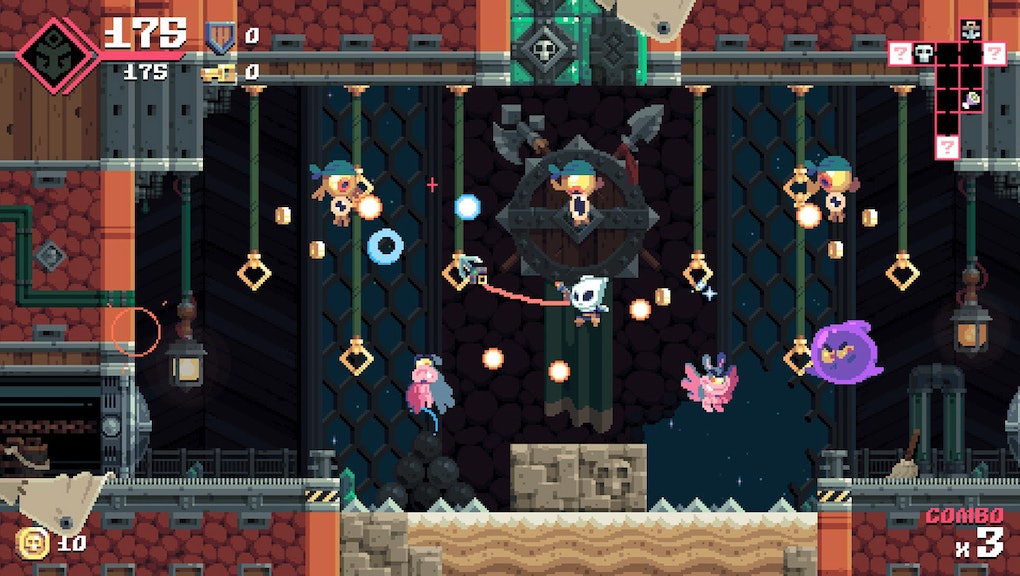 'Flinthook' Review: Why this new indie obsession is perfect for the Switch

Back in 2012, Spelunky introduced me to a kind of game I never thought I'd enjoy. Roguelikes (or rogue-lite, in these cases) are based around individual runs through randomly generated levels with the goal of getting as far as you can without dying. Once you die, it's over, you lose everything and start fresh on the next run. Sorry if you like saving and checkpoints, but that's not what these games are about. The latest contender, Flinthook, is out on PlayStation 4, Xbox One and PC this week for $15. You should go download it right now.

I got hooked on Spelunky in a way that never happens to me. I was playing it every day, trying to master its many secrets. Other great games like Rogue Legacy and Galak-Z have applied persistent upgrades and different control mechanisms to this core concept over the years. Flinthook grabbed ahold of me instantly in the same way as its predecessors.

In Flinthook, you're a cool little space pirate guy with a blaster gun and a grappling hook. You can shoot in any direction and use the hook near any diamond-shaped grapple points, which litter every one of the randomly-generated rooms in the game. You can also briefly slow down time to get an advantage in combat. Your job is to infiltrate and explore the ships of enemy space pirates, plundering everything you can along the way. Once you reach the last room in a ship, you'll find an item that takes you one step closer to your bounty, which is the boss at the end of each set of randomly generated levels.

When you die, you lose the progress you made toward that bounty, but you gain experience and level up. This will unlock perks you can equip for more health, more experience and various combat bonuses. You have a limited number of perk slots, but you can unlock more slots between runs using special currency found in treasure chests. This is fairly similar to Rogue Legacy, which had persistent leveling systems that lasted between runs, whereas Spelunky took away everything whenever you died.

It's tough to elucidate why Flinthook is so good if you haven't seen the game in motion. The act of running around these rooms and using hook-based momentum to avoid enemy attacks and get to the door feels absolutely perfect. It's rare for a game to feel right immediately upon picking it up, but Flinthook does. There isn't really much more to say about it, honestly. Flinthook is simple, but based on my first few hours with the game, I can tell I'm going to play it for a while.

Flinthook Review: Why the game may be coming to Nintendo Switch

If any of the above sounds interesting to you, I implore you to check it out right away. If you don't feel like playing it on any of its current platforms, don't fret. Per the tweet below from developer Tribute Games, it sounds like it could find a new home someday, too: