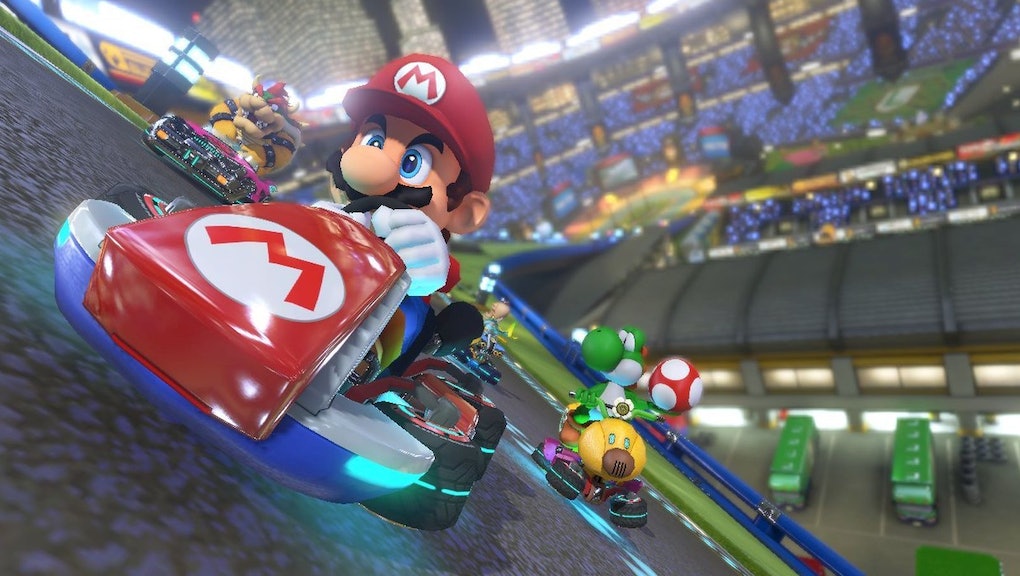 'Mario Kart 8' Fire Hopping Removed: another cheat goes the way of snaking on the Switch

Firehopping in Mario Kart 8 Deluxe was a victory technique for some and a way of life for others. Firehopping, also known as "frogging" or "cheating," can be used to extend your boost as you come out of a drift. In Mario Kart 8, Players were able to press the R button repeatedly while hitting left and right back and forth to keep their engine boost a-flaming. Mario Kart 8 Deluxe lets you do the same technique, but froggers will no longer reap the same rewards for doing so.

GameXplain brings us the latest on firehopping and Mario Kart 8 Deluxe. The YouTube channel's testers go to the Wii U version and see the benefits presented when firehopping is used during a time trial race. The very same time trial race over on the Switch used in conjunction with firehopping reveals no added benefits. Check out the video for yourself.

While the boost animation is still extended when firehopping in 8 Deluxe, there are no speed benefits associated with using the technique. The non-frogging time trial mode's ghost keeps up with Frogger Mario without trouble.

Firehopping is the newest Mario Kart 8 cheating technique, but it isn't the first. There are a few tactics when trying to edge out your opponents past the finish line, but the most popular before frogging was snaking. It's a whole zoo of Mario Kart cheaters.

In Mario Kart DS, online players were notorious for using drifting on wide straightaways to gain endless speed boosts. The results are terrifying, if you're in a race with a snake, and interesting even if you're a spectator. Check it out below.

It's good to see Nintendo not removing an unintended addition to the game, but addressing the unfair advantage it gave players exploiting this trick. While Mario Kart 8 Deluxe may be mostly the same game as its Wii U counterpart, at least Switch players know they can play online without needing worry about the frogs and snakes.

If you're anxious to get racing in Mario Kart 8 Deluxe, check out our video gameplay of the first 20 minutes of the game. Learn how you can buy the game bundled with the console, including one bundle from Nintendo. Find out if we're expecting DLC and our initial impressions of the new console it's on from back in January. Or you can play Mario Kart 64 on a newer console instead, you're looking to fill that need of nostalgia.