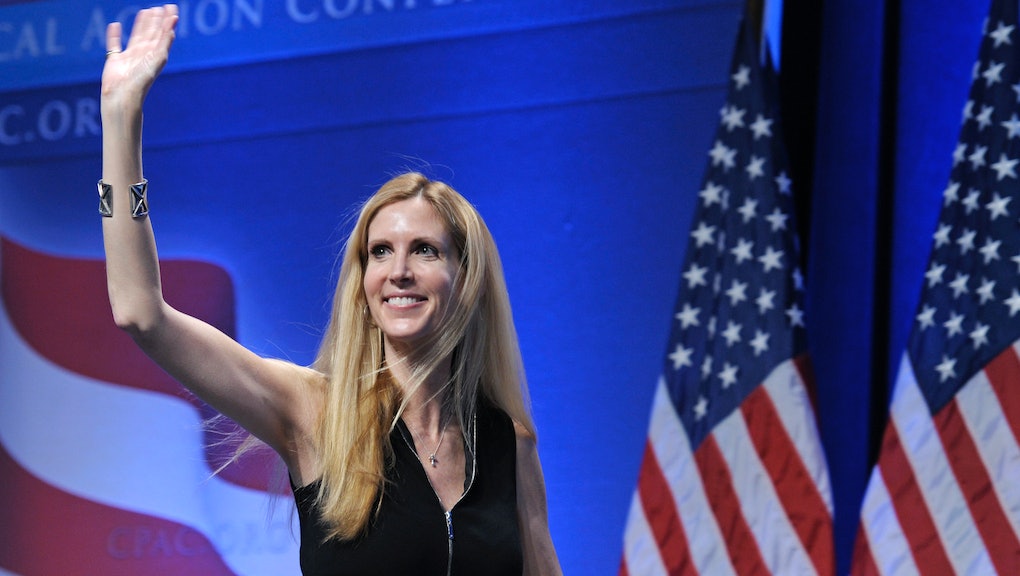 University administrators sent a letter to the Berkeley College Republicans saying they were "unable to find a safe and suitable venue for your planned April 27 event featuring Ann Coulter," according to the New York Times. In the letter, Scott Biddy, the vice chancellor, and Stephen Sutton, the vice chancellor for student affairs, added it's "not possible to assure that the event could be held successfully — or that the safety of Ms. Coulter, the event sponsors, audience and bystanders could be adequately protected."

A recent demonstration supporting President Donald Trump in Berkeley exploded into a vicious melee when a barrier separating white supremacists and counter-demonstrators broke, resulting in at least 20 arrests.

It's perhaps unsurprising, then, university officials would be concerned about safety during a potential Coulter visit. The commentator is known for her own no-holds-barred and openly hostile rhetoric, which includes calling critics "retarded," proposing the U.S. depose and kill Middle Eastern leaders and convert their populations to Christianity, and referring to racial minorities with bigoted terms like "Mandarins."

Coulter responded to the cancellation by berating the university on Twitter.

"No school accepting public funds can ban free speech," she wrote in an apparent reference to Trump's threat to cut off federal funds to Berkeley in the wake of the Yiannopoulos incident.

Later, during an appearance on Fox News' Tucker Carlson Tonight, she promised to give the speech despite the university's cancellation.