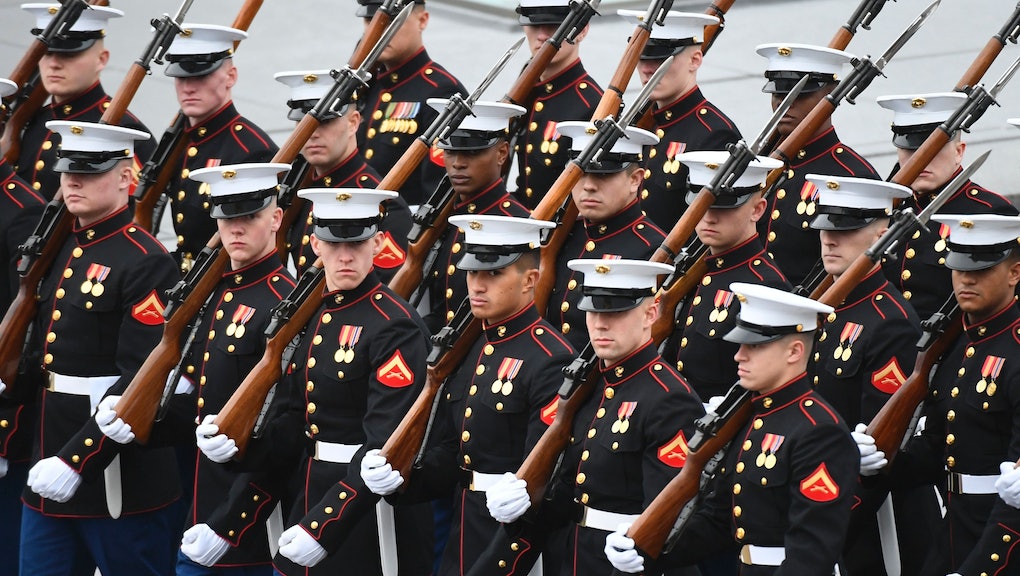 Effective immediately, the Navy and Marine Corps have criminalized nonconsensual nude photo-sharing, according to the Navy Times.

The newly revised regulations, circulated in a memo Tuesday night, are intended to resolve the problem of military personnel posting and swapping pictures of their female colleagues online. It is now a crime to share intimate images "with the intent to realize personal gain; with the intent to humiliate, harm, harass, intimidate, threaten or coerce the depicted person; or with reckless disregard as to whether the depicted person would be humiliated, harmed, intimidated, threatened or coerced."

In March, the Center for Investigative Reporting ran a story on the "Marines United" Facebook group, which had served as a photo-sharing hub that allowed almost 30,000 members to view compromising pictures of servicewomen with "their rank, full name and military duty station" publicized in the captions. Images allegedly hit the internet immediately after the first female Marines opened an all-male ground combat unit to women on Jan. 5, and according to the Daily Beast, are now for sale on the dark web.

Women in the military face frighteningly high rates of sexual assault and harassment, and according to the CIR report, Marines United photo sharing opens up the targeted recruits to the possibility of blackmail, making the leak a national security concern. One former U.S. Marine  — Marshall Chiles — publicly mused that the incident is just evidence that women don't belong in uniform, a troubling attitude that highlights a culture of toxic masculinity.

The new regulations aim to be an antidote: They clearly define intimate images, and make sharing them an Article 92 — failure to obey an order — which comes with the possibility of dishonorable discharge, forfeiture of pay and up to two years' confinement attached. But according to the Navy Times, the regulations could prove difficult to defend in court, because of their broad and subjective phrasing. Still, it's a step.