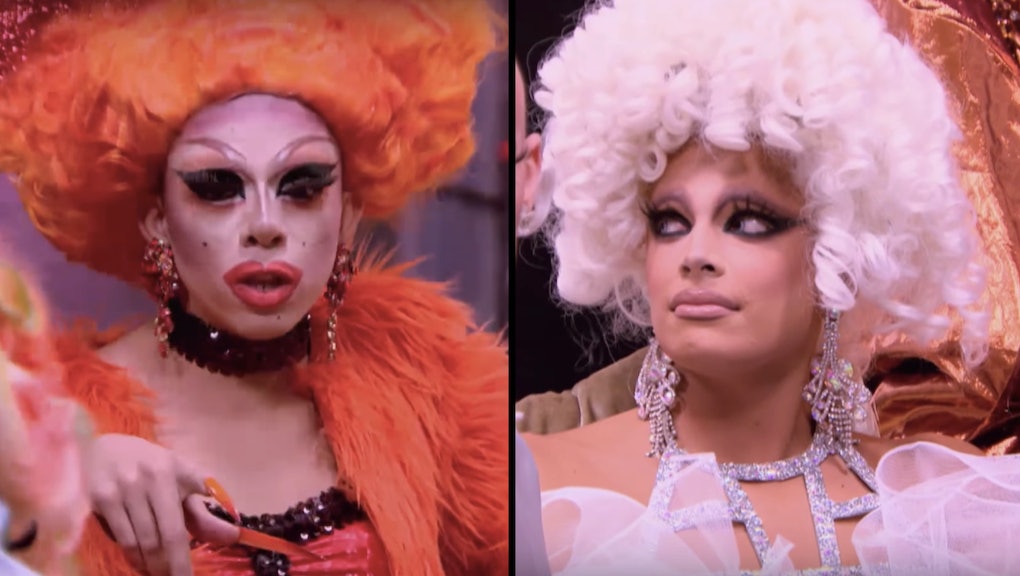 Asked backstage what the judges had said about her performance, Valentine began, "Oh my God, they said so many things like..." but before she could name one of those things, Aja jumped in: "You're perfect. You're beautiful. You look like Linda Evangelista. You're a model."

The quote instantly took on a life all it's own on Twitter.

It even inspired a club track remix.

And now, it's surest sign as one of this season's most memorable quotes has arrived: praise from Linda Evangelista herself.

On Wednesday, the famed model posted a screenshot of the exact moment on her Instagram.

Now we just need an Evangelista guest judge appearance on RPDR to have this moment truly come full circle.