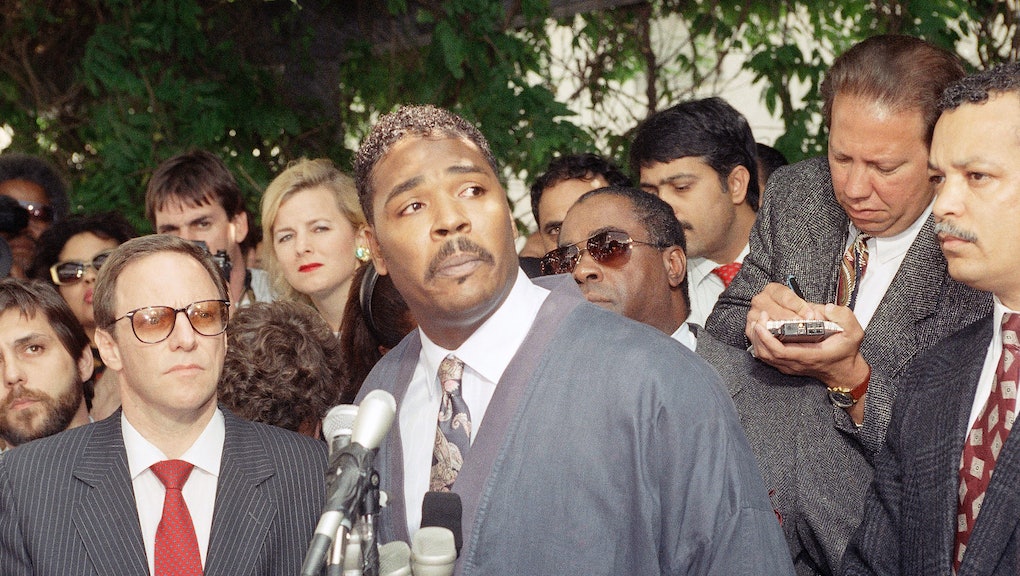 When and where to watch L.A. Riot specials over the anniversary weekend

April 29, 2017 will mark 25 years since the Los Angeles Riots, which erupted after the acquittal of four police officers who were on trial for beating Rodney King, an African-American man. To acknowledge the tragedy, several stations are airing documentaries on the events this weekend and next weekend.

When and where to watch L.A. Riots specials

The film takes a look at racial tensions in Los Angeles before the beating of Rodney King.

The Smithsonian Channel uncovers footage capturing the events of the riots and uses it to deliver the story "as if it were all unfolding in real time," their site states. The TV premiere date is above, but the full episode is already streaming below.

This special will examine the history of Los Angeles prior to the riots, but will also take a look at how present-day racial injustices relate to the events as well.

ABC News is releasing a new documentary, Let It Fall: Los Angeles 1982-1992, which will explain the decade of events that led up to the riots. Let It Fall will first be shown in theaters Friday, April 21. A version of the film will then be broadcast April 28 on ABC at 9 p.m. Eastern. Watch the trailer for the documentary below:

The film will give context to the political and social climate of Los Angeles, through interviews with individuals from various racial backgrounds and communities in Los Angeles who witnessed and participated in these events, the trailer's synopsis states.

Let It Fall was directed by Academy Award-winning screenwriter John Ridley, who won his Oscar for writing 12 Years a Slave. Ridley is also the director and writer behind the ABC series American Crime. Although the story of the riots has been depicted in past films, Ridley explained to the Los Angeles Times that he is taking a different angle with Let It Fall:

"It's the immediacy of it all," he says. "To sit three to five feet away from individuals, and they are still so much in that moment. Time hasn't passed for them. There were things they can't let go of, that they will never forget. To see strong people lost in emotion, and over things that are interconnected. These people don't know each other, aren't related to each other, but these series of events still uniformly impact them."

A&E is also airing a special featuring the voices of those who lived in Los Angeles during the riots. The film debuted on April 18, but is re-airing at the time above on the network.

The National Geographic channel will detail the unrest in the City of Angels through raw footage.

Background on the L.A. Riots

The L.A. Riots lasted from April 29, 1992 to May 4, 1992, at which time Los Angeles citizens returned to work and school. By the end of the ordeal, more than 50 people died, hundreds were injured and more than 1,000 buildings were left damaged.