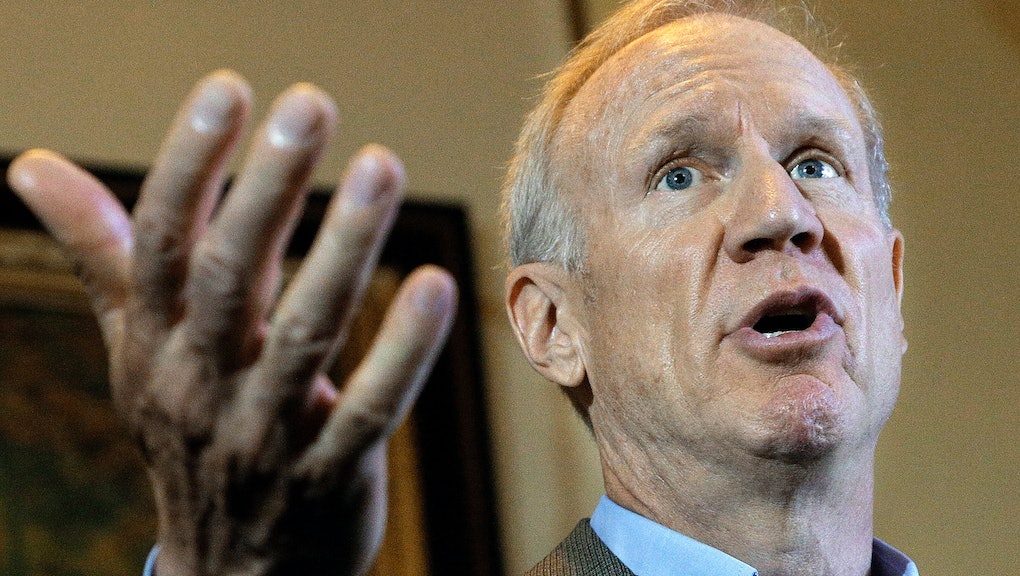 On Wednesday, Illinois lawmakers held their first hearing on the subject of legalizing marijuana for recreational use.

Rep. Kelly Cassidy, a Democrat, is behind the push toward legalization, which would impose strong taxes on marijuana to increase state revenues.

Given that public hearings have just begun, it's impossible to predict how the measure will fare when it eventually comes to a vote. However, there are signs the proposed bill will pass when the time comes.

Democrats have a strong advantage in the state

The Chicago Tribune reported some Republicans and law enforcement expressed concern about the proposal during the hearing, but it appears no Democrats have shown opposition.

While the Democratic Party is perceived as friendlier toward marijuana legalization efforts, the GOP can no longer be portrayed as unilaterally anti-legalization.

Across the country, Republicans in conservative states are quietly pushing for legalization, increasing the likelihood that GOP legislators in Illinois will join Democratic colleagues in their efforts.

Gov. Bruce Rauner has shown no desire to stand in the way of legalization efforts. In 2016, he signed a bill that decriminalized marijuana possession in small amounts.

Though Rauner has not officially shared his stance on the issue, his on-the-record statements have signaled that he doesn't intend to veto reform bills.

“I'm not a believer that legalizing more drugs will help our society, so I’m not philosophically enthusiastic about it, but I’m also open to what actually works to make life better to people,” Rauner said during a radio interview in March.

Despite his anti-drug rhetoric and one veto on a bill he later signed after changes were made, the National Organization for the Reform of Marijuana Laws gave Rauner a B- grade for his signing of two reform measures since taking office in 2015.

With a Democratic majority in the state legislature and a GOP governor who seems unlikely to veto reform, Illinois' path to legalization looks clear.