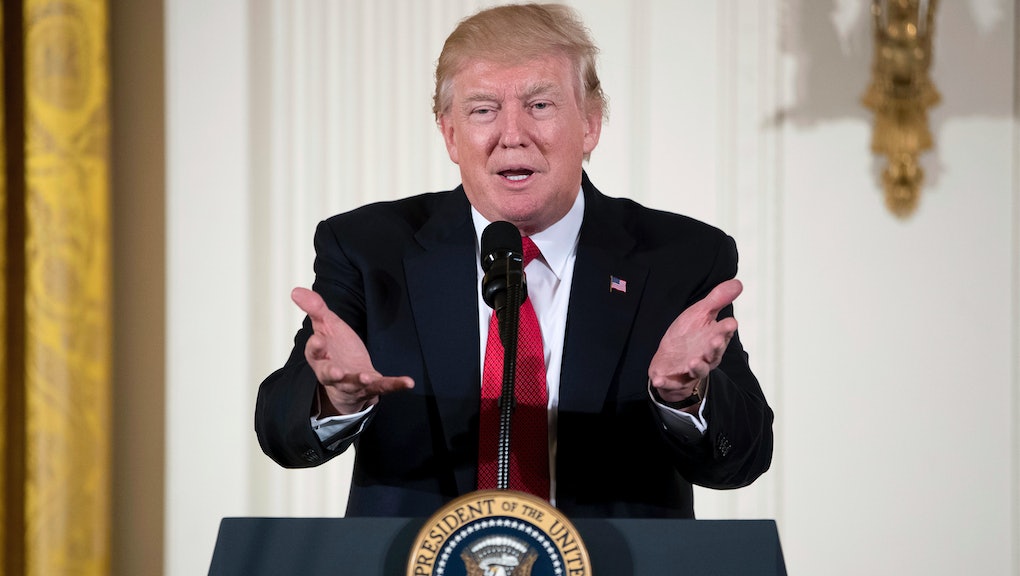 Obamacare Repeal: How the GOP's latest attempt to replace the ACA differs from the first

Republicans are once again attempting to reform health care. After the disastrous previous attempt never got off the ground, Politico reported that legislative text from the GOP is likely to "circulate" among House Republicans as soon as Friday.

President Donald Trump signaled that he'd lost interest in repealing or reforming the Affordable Care Act after the House failure. "It's enough already," he told Maggie Haberman of the New York Times.

Trump told Robert Costa of the Washington Post that he'd be waiting on Democrats to come to him for future health care bills.

"When it explodes, [Democrats] come to us and we make one beautiful deal,” Trump said.

He now appears to be adopting a different tone.

Trump and some administration officials have threatened to cut off Obamacare cost-sharing subsidies — a decision that would wreak havoc on the Obamacare insurance exchanges — to get Democrats to the table on a replacement plan.

Politico also received a draft of the tentative deal, which seems to hint at a backdoor on preexisting condition coverage, as the hyper-conservative Freedom Caucus has been demanding an end to guaranteed coverage.

Costs could spike for people with preexisting conditions

The new deal still contains the "prohibition on denying coverage due to preexisting medical conditions," along with promises to keep the provisions allowing children to stay on their parents' plans until age 26 and guaranteeing "issue of coverage to all applicants."

The catch lies in how much people with preexisting conditions will be forced to pay under the proposed plan.

The draft comes with a section titled "Limited Waiver Option," which would allow states to receive an opt-out of certain federal standards "in the interest of lowering premium costs and expanding the number of insured persons."

Democrats pounced on the section, which they argue is code for undermining one of the Affordable Care Act's central promises.

According to Democratic and progressive opponents, the waiver provision would result in sick people being charged "dramatically higher premiums."

Nevertheless, the White House thinks it's nearing the 216 votes needed to pass health care reform through the U.S. House.