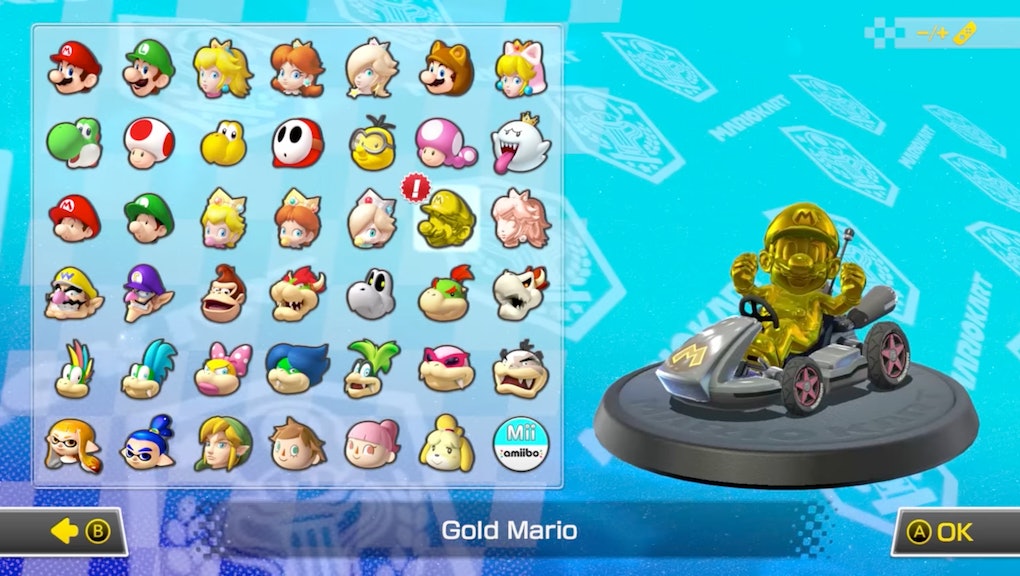 Yes, Gold Mario. The amiibo that you probably are going to spend too much money on joins Pink Gold Peach and Metal Mario as a metallic Mario Kart character. And it's the only one that requires unlocking in the Switch version.

Unearthing Gold Mario in MK8 Deluxe will require that you get a gold trophy in every single cup at the 200cc level, which isn't an easy task: Gold trophies are awarded to those who place first in a cup in Grand Prix mode and 200cc is the fastest mode in the game. YouTube user NF Magazine shows us how to get Gold Mario on video, but needed the assisted driving mode to do it. Once you've obtained a gold trophy in all 12 cups you'll qualify to unlock Gold Mario — which is worse than our wish list of Mario Kart characters, to be honest.