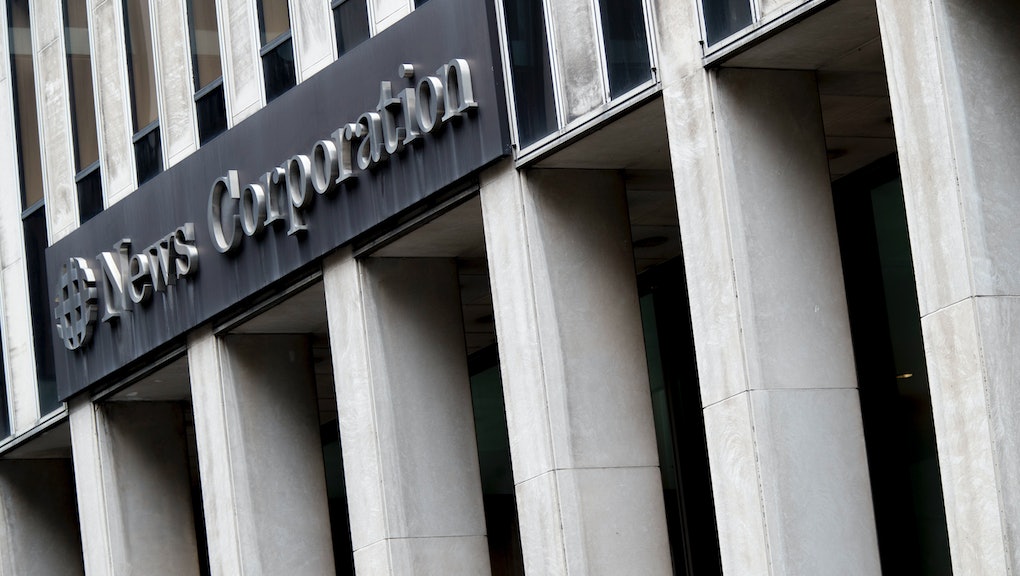 The day of O'Reilly's firing, a Fox News host told his colleague she was arousing viewers

Fox News may have gotten rid of Bill O'Reilly, but his firing doesn't address its rampant culture of sexism on-air and behind the scenes.

That was made all the clearer on Wednesday — the same day as O'Reilly's firing — when The Five host Greg Gutfeld made a suggestive comment to his female colleague on live television.

According to the Huffington Post, the show's panel was discussing immigration laws when co-hosts Bob Beckel and Kimberly Guilfoyle went off on a bizarre tangent about Beckel's remarks not being accepted as fact.

The exchange went as follows:

At this point, Gutfelt interrupts to tell Guilfoyle, who had just gestured to her own dress, "You are giving America a raise."

The exchange once again demonstrated that the news outlet is keen on tolerating misogyny so long as it doesn't become a PR nightmare.

Most recently, Carlson sparked controversy when his interview with Teen Vogue editor Lauren Duca devolved into a sexist mess, involving Carlson dismissing Duca's pop culture writing and telling her to stick to writing about thigh-high boots.