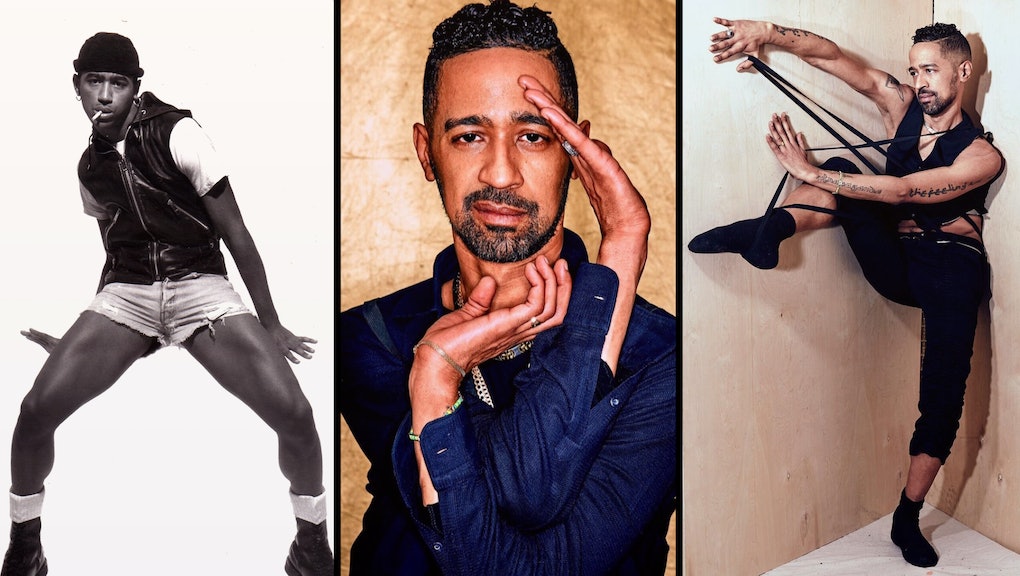 "Am I the greatest voguer of all time? I think what I bring ... they don't. What I've brought and bring is something different. It's a force."

Born in New York City's Lower East Side, the son of two immigrant parents who migrated from the Dominican Republic for a better life, Xtravaganza's remarkable dance prowess was evident from an early age. In second grade, he won a scholarship from the Board of Education where he was able to take professional dance lessons for free.

A few years later, then came his first introduction to the then-infant ballroom scene. "I remember my last year in junior high school — I was going into LaGuardia. I discovered the West Side, the village. I went down one day in the summer and I saw them doing this abstract posing to music. Of course the dancer in me I immediately thought 'I want to mimic that.' And then I saw that there was no set way to do this, that everyone was interpreting this dance in their own way, doing whatever their shock value moments were."

From there, he began attending balls in Harlem where competing houses (which Xtravaganza describes as "like fashion gangs") competed in voguing competitions at five in the morning for prizes and trophies. "It was like a fantasy world where the gay community would go and express so much artistry ... And so I watched it and I'm like, I think I can do that, I want to do that, and sure enough my first ball, I competed and I won."

For Xtravaganza, the goal was simple: "I can't give them a chance to chop me," which means you're disqualified. As a result, Xtravaganza gave it his everything, vogueging, in his words, "at 50mph with the energy of a horse." It paid off: At 1989's famed Love Ball, Xtravaganza took the voguing competition grand prize trophy created by Keith Haring, considered by many the most valuable ball trophy ever created.

His mainstream big break happened shortly thereafter, in 1990, when he was introduced (by Debi Mazar, no less) to Madonna, who was searching for dancers for her then-upcoming Blonde Ambition Tour.

"I always loved her music," he recounted. "They would play her on the radio and she always had these club hits. I remember hearing her on the radio and the song 'Holiday' and I thought she was African-American, you know, because there was a certain sound, R&B-ish. It didn't sound like a white girl. And I became a fan without putting a face to the sound."

Check out highlights from Xtravaganza's one-on-one with Mic below, including his recounting of his first meeting with Madonna and what he thinks about younger voguers today.

On his mother's initial reaction to his fame:

On accusations that Madonna stole vogueing from queer people of color:

On his favorite Madonna memories: