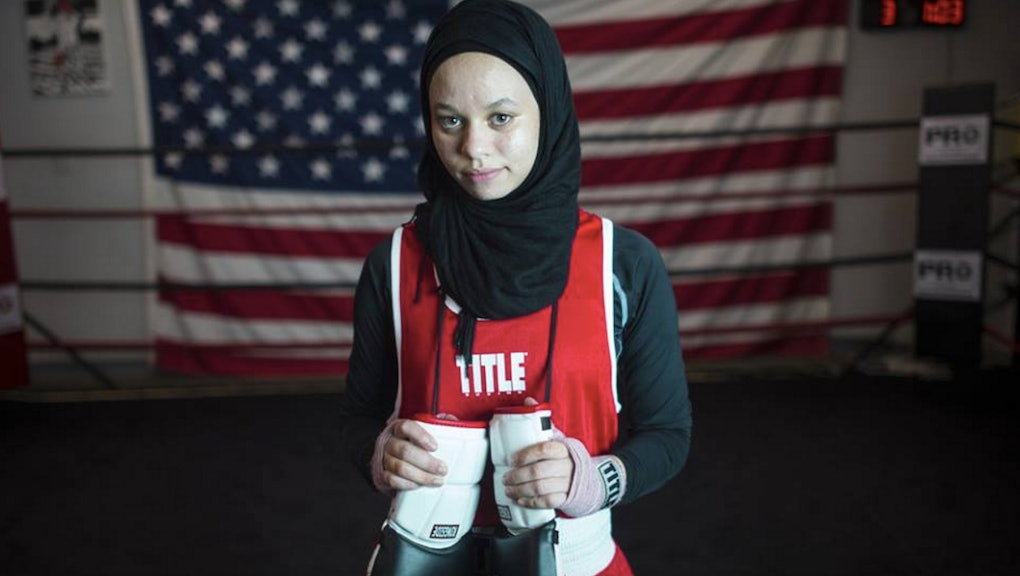 Amaiya Zafar has already won her biggest fight and she hasn't even stepped in the ring yet.

Zafar — a 16-year-old Minnesota Muslim teen — was barred from competing in boxing matches and tournaments since she wore a hijab, due to USA Boxing's religious head covering rule. But on Thursday, the Council of American Islamic Relations announced it has been informed that USA Boxing has provided an exemption for Zafar.

This means that Zafar can box in matches and tournaments while wearing her headscarf, leggings and long sleeves to comply with her religious beliefs.

"This is a big step," Nathaniel Haile, Zafar's coach, told the Minnesota Star Tribune. "She's put a lot of labor into this. She earned the right to showcase her skills, and I'm happy for her. But it's just the first step in letting her achieve her dreams."

Zafar is expected to fight her first match on April 29 at the Spring Fling Amateur Boxing tournament in Minneapolis. She cannot wait.

"I'm ready," Zafar told the Star Tribune. "You get so invested. My weight is in the right place. My head is in the game."

But while Zafar is finally stepping in the ring, the fight for her religious freedoms still continues.

Zafar wants to compete in the 2020 Olympics in Tokyo, but that can't happen unless the International Boxing Association lifts their ban on religious attire. While USA Boxing is a member of the U.S. Olympic Committee, the AIBA governs all forms of boxing internationally.

CAIR is helping Zafar in that battle.

"We welcome this partial victory and look forward to the day when athletes of all faiths may compete nationally and internationally while maintaining their religious principles," CAIR communications director Ibrahim Hooper said in a statement.

But while Zafar hasn't won her first match yet, she's already on track to being the first American hijabi competitive boxer. When Zafar steps in the ring, she isn't just fighting for herself – she's fighting for the millions of young Muslim girls who have been inspired by her.

"She fought for other Muslim youths," Haile said.