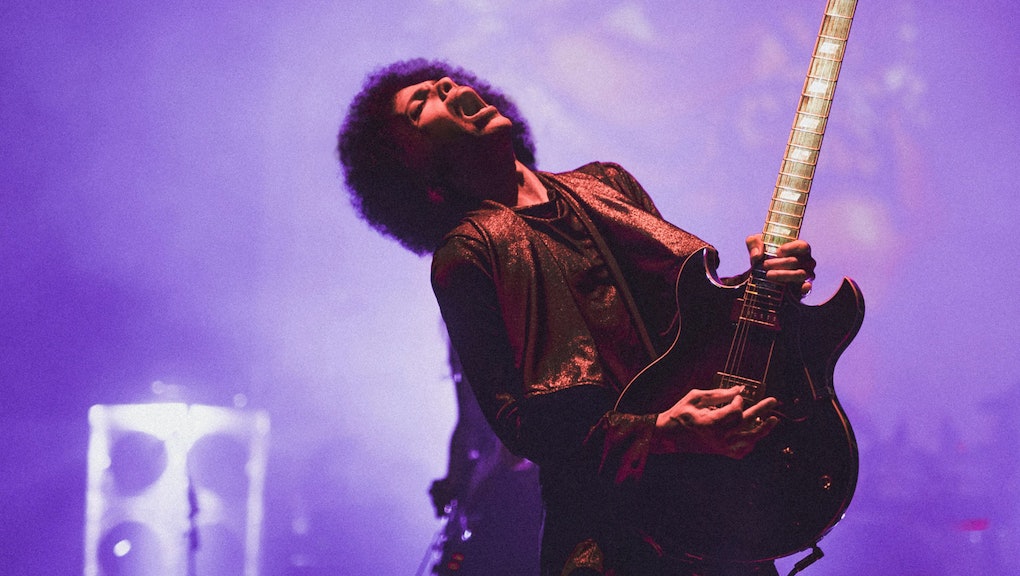 Prince's death in April 2016 left a void in the music world. Suddenly, artists and fans who had taken the Purple One's seeming immortality for granted had to face the prospect of a world without him and take stock of what remained.

A brief sweep around the music world revealed few artists with the same level of raw musical talent, fascinating artistic persona and preternatural ability to mix the urgent and joyous into a single, life-giving whole. Yet, if there have been any positive signs following Prince's untimely death, there's hope to be found in the fact that the world has been paying renewed attention to the music he left behind. There are so many jewels to mine. Since Prince's passing, few albums have shone brighter than Sign 'O' the Times, his 1987 double album, which turned 30 in March.

As Prince's catalog goes, it has one of the highest barriers to entry. Its content is dark, providing visions of inner city strife, apocalyptic dance parties, reverent visions of Christ's return, deeply sensual romantic ballads. Basically, it collates a piece of everything that made the icon's talent so singular in music history. One layer deeper: The issues he tackles and the styles with which he does it feel extremely modern and instructive for the fraught times we're living in.

One key happening serves to put the unique stylistic bent of Sign 'O' the Times in perspective — the rise of hip-hop. The genre was beginning to enter its golden age. Tracks like Grandmaster Flash's "The Message" and "Eric B is the President" by Eric B & Rakim had opened up entirely new lyrical and musical territory.

Viewed from one angle, Sign 'O' the Times is Prince's response to this new musical landscape. He severed his ties with the Revolution, his former backing band, and turned to electronics — particularly the LinnDrum and samplers — to put together the album's 16 tracks. His lyrical content picked up on some of hip-hop's themes, starting with the opening title track, painting harrowing pictures of the country's socioeconomic inequality and governmental neglect:

You turn on the telly and every other story

Yet he doesn't stew in this darkness. More than anything else, the opening helps to make the album's ecstatic moments of the joy more precious, urgent and fragile. "Housequake," one of the album's sharpest singles, a song that generates a tremendous amount of momentum out of a minimalist barrage of programmed drums, illustrates that tenuous nature of happiness. "Come on you all, we got to jam," Prince sings. "Before the police come/ A groove this funky is on the run."

Similarly, the album's closer, "Adore," a sugary, horn-driven song, mixed in more tragic urgency into his romantic declarations. Prince sings: "If God one day struck me blind/ Your beauty I'll still see/ Love is too weak to define/ Just what you mean to me."

This balancing act, between doom and deliverance, politics and exultation, is extremely common today. We've seen this tension drive hit albums like Solange's A Seat at the Table, Frank Ocean's Blonde, Kendrick Lamar's Damn., Chance the Rapper's Coloring Book and Kanye West's The Life of Pablo. Like those latter three records in particular, Prince sees faith as a bridge to deliver the people from the tribulations of the day. On arena rock epic "The Cross," he sings:

Ghettos to the left of us

Hopelessness comes and goes in cycles, the album seems to suggest, oscillating between its party jams and visions from the underground. The challenges this country and this world face are not entirely new. If there is a forerunner, the Reagan era of the '80s may be the closest analog. Prince found a way to summon a vision of hope in the face of crack plagues, Cold War threats of annihilation and restrictive social conservatism of his day. Through the teachings Prince left behind, his fans can still tap into similar feelings of resilience, navigating the perils of the new millennium.