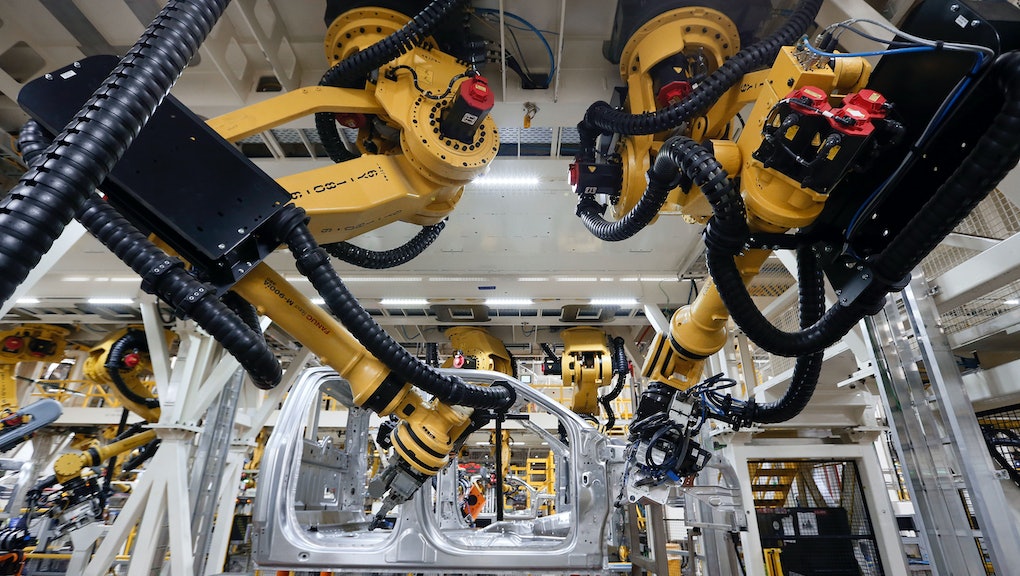 When it comes to productivity, humans don't come close to robots. Machines don't need sleep, won't slack off or ask for a raise and generally don't need vacation days so they can sunbathe in Bali.

According to a study from Oxford University and the Oxford Martin School, 47% of jobs in the United States are "at risk" of becoming "automated in the next 20 years." PwC has similar findings, estimating that 38% of U.S. jobs are at risk of being replaced by robots and artificial intelligence in the next 15 years. And while two-thirds of Americans believe robots will take over most of the workforce in the next 50 years, they're also in denial: 80% say their job will "probably" or "definitely" be around in five decades.

Here are five robots that are coming to take some jobs from unsuspecting humans:

Self-driving truck company Otto, started by former Google employees and purchased by Uber last August, offers a system that brings autonomous driving one step closer. Its technology allows for vehicles to drive on their own for longer periods of times. According to the Los Angeles Times, autonomous trucks could replace 1.7 million American truckers over the next decade. And it's not just trucking: roughly 3% of working Americans are drivers on some capacity, leaving millions of jobs at risk as companies continue experiment with self-driving vehicles. Uber is doing it, Google is doing it and Tesla is doing it.

Robots are already proving to be far more efficient than construction workers. Take SAM, short for Semi-Automated Mason. Created by New York's Construction Robotics, SAM is 500% faster than humans and can lay 3,000 bricks a day. A person can lay 500 a day, in comparison. SAM is also really cost-efficient, despite selling for $500,000, as it costs more than seven times less than a real person.

Restaurant jobs, whether it be a cashier at a fast food joint or a waiter at an eatery, are also at risk. Much like how ATMs are reducing the need of bank tellers, a handful of companies are experimenting with technology.

Softbank's humanoid robot Pepper scored a gig with Pizza Hut. In a pilot program, Pepper will be situated in Terminal 2 of the Oakland Airport in California serving as a host and airport guide. The robot's role will be to get customers into the restaurant, make suggestions on what to eat at the establishment and also recommend other eateries within the airport.

It's not just Pizza Hut. Chili's, for example, offers tablets for customers to place orders from their tables in lieu of servers and McDonald's is experimenting with digital self-order kiosks.

"A lot of what's done in restaurants is already automated," Rebecca Chesney, research and partnerships manager at the Institute for the Future, told Business Insider. "Today's robotics can actually mimic human gestures that you'd need for cooking, for instance, way more than they could years ago."

Deloitte predicts that 39% of legal jobs could be automated over the next decade. It's not a far-fetched notion, considering IBM's Watson technology has been used to create an AI lawyer called Ross. But its online bot DoNotPay, the brain-child of Stanford University student Joshua Browder, that shows the potential of robots and artificial intelligence in the legal sector: DoNotPay has a 60% success rate of overturning parking tickets in New York and London.

Pharmacists and pharmacy technicians have the important job of making sure patients receive their prescriptions. But robots can do the job for them. BCC Research values the global pharmacy automation market at $3.5 billion in 2015 and estimates it to rise to $5.5 billion by 2021. Pharmacies across the country are turning to machines like the PillPick to package and dispense prescriptions, leaving pharmacists with the sole task of verifying orders. Advocates of using robots make the case that it reduces human error to zero, reports CNBC.

According to PricewaterhouseCoopers, jobs in education, health care and social work are secure. "Creative and critical thinking will be highly valued, as will emotional intelligence," Jon Andrews, head of technology and investments at PwC, told CNN. But the verdict remains unclear, as education apps are offering new ways to learn, some experts believe health care jobs are at risk and even creative jobs like journalism have dabbled in AI.