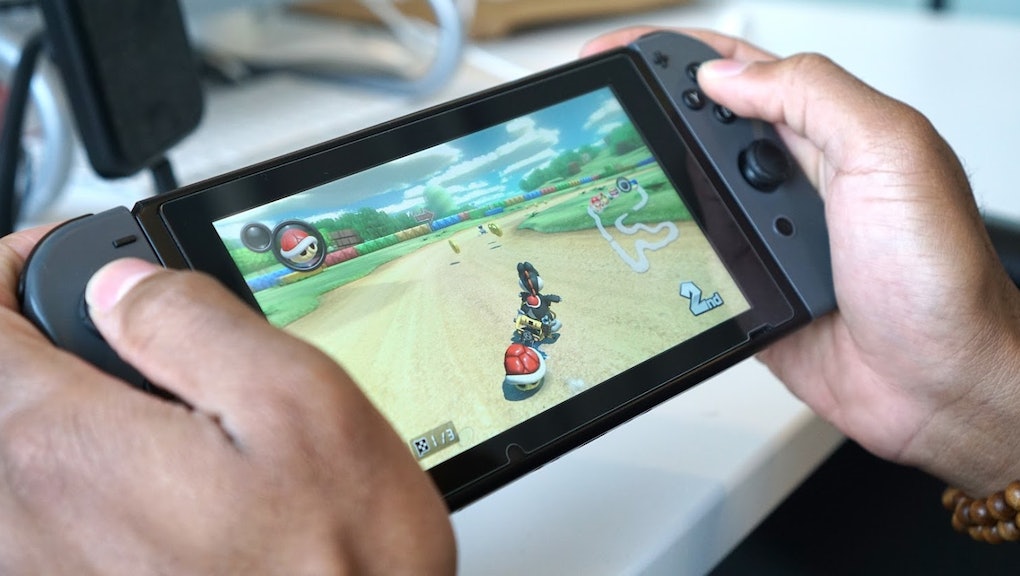 Sure, there are numerous Nintendo Switch bundles out there, but that doesn't mean it's easy to buy a console right now. Nintendo has had over a month to get its act together since the Switch's release and keep store shelves stocked — but even with Mario Kart 8 Deluxe on the horizon, the Japanese gaming company won't shut up and take customers' money.

As a result, retailers have swooped in with the Nintendo Switch bundle options, forcing customers to spend more money on add-ons or go home empty-handed.

As far as Nintendo Switch bundles go, Target's isn't too shabby. While it's $200 over the $299.99 you'd pay for the console alone, you get decent goodies for paying $499.99 upfront. In addition to a Nintendo Switch console, the bundle will net you Legend of Zelda: Breath of the Wild, 1-2 Switch, a Switch Pro Controller, a traveler's case and protection pack to hold your games.

The $499.99 admission price may be steep compared to the console on its own, but if you're planning on getting these games and the Pro Controller anyway, it may be worth it. Even if 1-2 Switch still feels like a game that should come with the Switch for free.

Target is getting in the spirit of Mario Kart 8 Deluxe, right in time for the game's release. According to @Nintendeal on Twitter, Target stores will get updated shopping carts to reflect the look of karts found in Mario. In addition, Mario and Luigi beanbags join a giant "Go" logo on the store's door — triggering some major Black Friday memories of stampedes and racing for consumer goods. Thanks a lot, Target.

It's a lot of fanfare over just one game. Judging by Target's enthusiasm to get racing again in the Mushroom Kingdom, we might expect a Mario Kart 8 Deluxe bundle heading to the retailer. Target has yet to speak up about the Switch option, but it certainly wouldn't be alone in doing so.