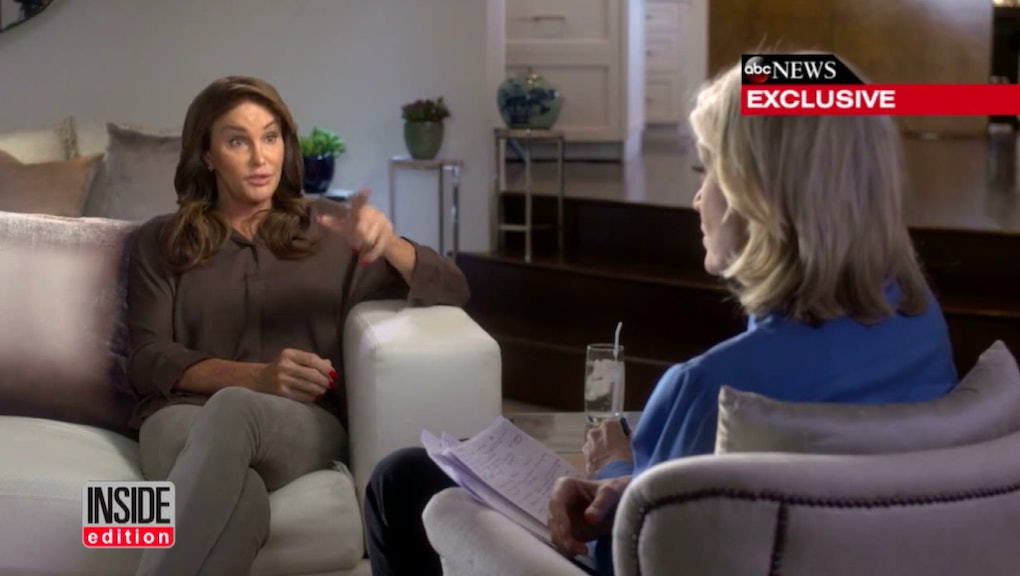 On Friday night, transgender former athlete Caitlyn Jenner sat down with Diane Sawyer for a two-year retrospective on the time since she first came out as transgender to Sawyer. During the interview, Sawyer grilled Jenner on her personal life and her politics, including her well-documented, lifelong affiliation with the Republican Party.

Jenner admitted to voting for Donald Trump in November, believing his presidency would focus on small government and jobs. However, Jenner said Trump lost her support when he lifted Obama's historic Title IX interpretation protecting transgender students from discrimination in regards to access to public facilities in schools.

"Here's the deal-breaker with the Republican Party," Jenner said. "'You mess with my community. ... you don't give us equality and a fair shot; I'm coming after you.'"

"From one Republican to another," Jenner said. "This is a disaster. And you can still fix it. You made a promise to protect the LGBTQ community. Call me."

During the interview, Jenner said Trump invited her to play golf — and that Trump shouldn't hold his breath for a response.

"He wanted me to come play golf with him," Jenner said. "At that time, I thought it was a pretty good idea, but since Title IX — it's not a good idea and so I won't be playing golf with him."

Though Jenner won't be doing 18 holes with Trump, that probably won't stop Trump from practicing his swing. POTUS has golfed every 5.6 days of his presidency, according to a recent analysis. American taxpayers have already spent $35,000 in golf cart rentals for his time on the green.

Jenner said she would "absolutely" meet with Trump privately to discuss transgender rights.

Before Jenner supported Trump, she publicly backed Ted Cruz for president, saying she wanted to be his "trans ambassador." However, after Cruz made no progress on transgender issues, Jenner switched her allegiance to the business mogul, even going so far as to make a video of her using the women's restroom at Trump Tower.

As Jenner mentioned, Trump tested her loyalties and has since stopped backing POTUS.

In the two years since Jenner began her public transition, she has come under intense scrutiny for some of her conservative views as well as her privilege. She angered many with her controversial comments in Time about the importance of passing as biologically female. When she did make a video denouncing Trump, many were not enthusiastic about the video given her prior support for the president.

Ellen DeGeneres spoke out against Jenner's lukewarm tolerance of gay marriage. Jenner told Sawyer she is now 100% in support of marriage equality.