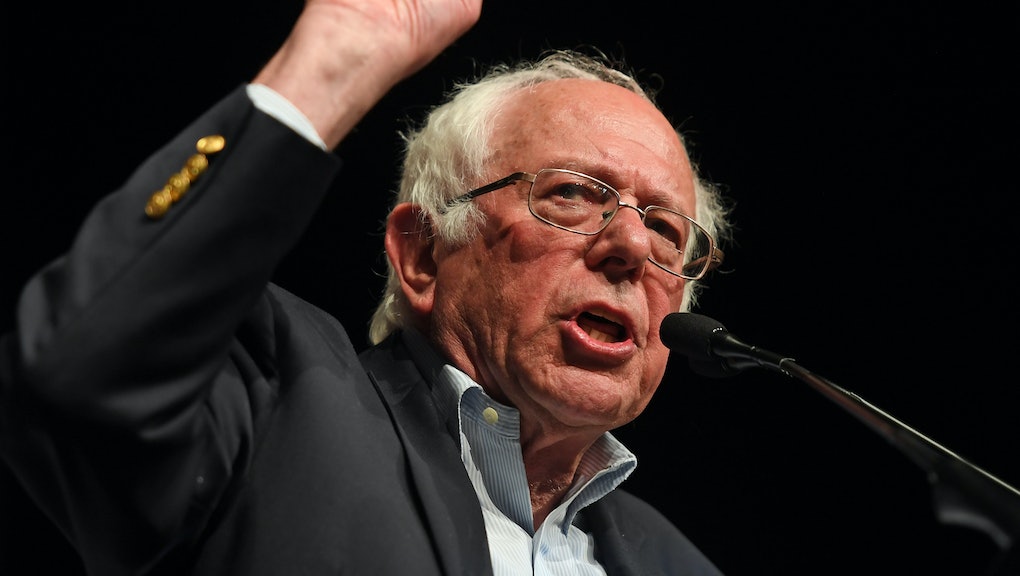 Bernie Sanders: Not allowing Ann Coulter to speak at Berkeley is "intellectual weakness"

Bernie Sanders says that right wing troll Ann Coulter is "outrageous" and "off the wall" — but, the senator told the Huffington Post on Thursday, she should be able to speak at University of California, Berkeley "without fear of violence and intimidation."

"To me, it's a sign of intellectual weakness," Sanders said after a rally in Omaha. "If you can't ask Ann Coulter, in a polite way, questions which expose the weakness of her arguments, if all you can do is boo, or shut her down, or prevent her from coming, what does that tell the world?"

Coulter had been scheduled to speak on the liberal campus April 27 at the invitation of Berkeley's College Republicans, but the university postponed the engagement due to fears of violent protests like the ones set off by a scheduled appearance by Milo Yiannopoulos in February.

According to Sanders, liberal students would be better served by challenging Coulter intellectually rather than attempting to shut her down.

"What are you afraid of ? her ideas? Ask her the hard questions," Sanders said. "Confront her intellectually. Booing people down, or intimidating people, or shutting down events, I don't think that that works in any way."

Rep. Keith Ellison, who was at the same Omaha rally, agreed, saying that the "solution to bad speech is good speech."

Coulter has vowed to speak at the university April 27 as originally scheduled, and the College Republicans have threatened Berkeley with a lawsuit.