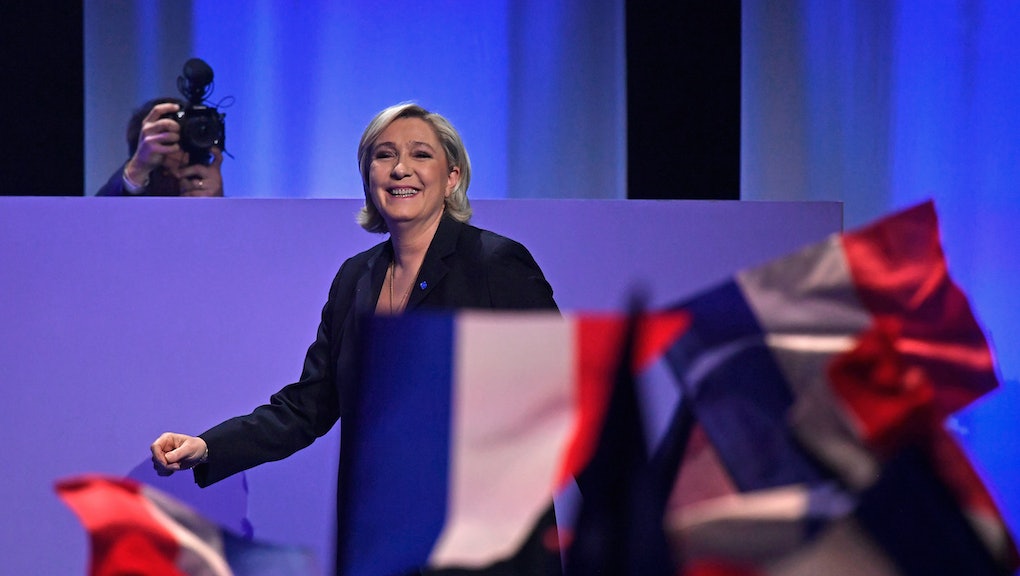 The French are heading to the polls on Sunday to decide on President François Hollande's successor.

In the wake of Brexit and the election of U.S. President Donald Trump, many around the world are watching the election closely to see if France, too, will give rise to far-right populism by electing National Front candidate Marine Le Pen.

Those watching the election apparently now include Trump himself, who took to Twitter Sunday morning to proclaim the election "very interesting" — after previously suggesting in an interview earlier this month that he didn't even know who Le Pen was.

As of midday Sunday, French voter turnout was already slightly higher than the previous election in 2012, the Telegraph noted, with 28.54% of eligible voters having already cast a ballot, compared with 28.29% in 2012. That may be good news for Le Pen's opponents, as commentators cited by the Telegraph have predicted low voter turnout would be beneficial to the far-right candidate.

Here's what to know about the possibly momentous election.

Though 11 candidates are in the running for the presidency, just four have emerged as front-runners: Le Pen, Jean-Luc Mélenchon, Emmanuel Macron and François Fillon.

While Le Pen has received the most attention for her nationalist rhetoric and desire to leave the European Union, far-left candidate Mélenchon has also advocated for leaving the EU, the Telegraph reported. This makes either candidate a worrying choice for those hoping to preserve the governing body in the wake of Brexit.

Macron and Fillon are the less extreme candidates on the ballot. Macron, a centrist candidate, previously served as the country's minister of economics, according to the Guardian, though he has never held elected office.

Fillon, a center-right conservative who advocates for cutting corporate taxes and restricting some LGBTQ rights, comes to the polls with significant experience, having previously served as prime minister in 2007. However, Fillon's candidacy has been mired in scandal, causing him to lose support in the polls.

Based on polling, it's too early to tell which of the four candidates will ultimately be victorious. As of April 21, FiveThirtyEight projected the election was too close to call, noting that all four candidates were separated in the polls by just five percentage points. Macron lead in the polls the week before the election, averaging 24%, followed by Le Pen with 22%, Fillon with 20% and Mélenchon with 19%.

Things haven't started to look any closer now that it's election day. Though Politico noted French pollsters won't be releasing any official data until 8:00 p.m. local time (2:00 p.m. Eastern), early numbers cited by the Telegraph currently put Le Pen and Macron in the lead; however,not Fillon and Mélenchon appear to be close behind.

If no candidate earns a majority in Sunday's election, the two candidates who received the most votes will go head-to-head in a runoff election on May 7, the Telegraph noted.

Of course, with such close polling, the outcome is anyone's game — and should Sunday's election end with a matchup between anti-E.U. candidates Le Pen and Mélenchon, the future of the European Union may be in doubt either way.