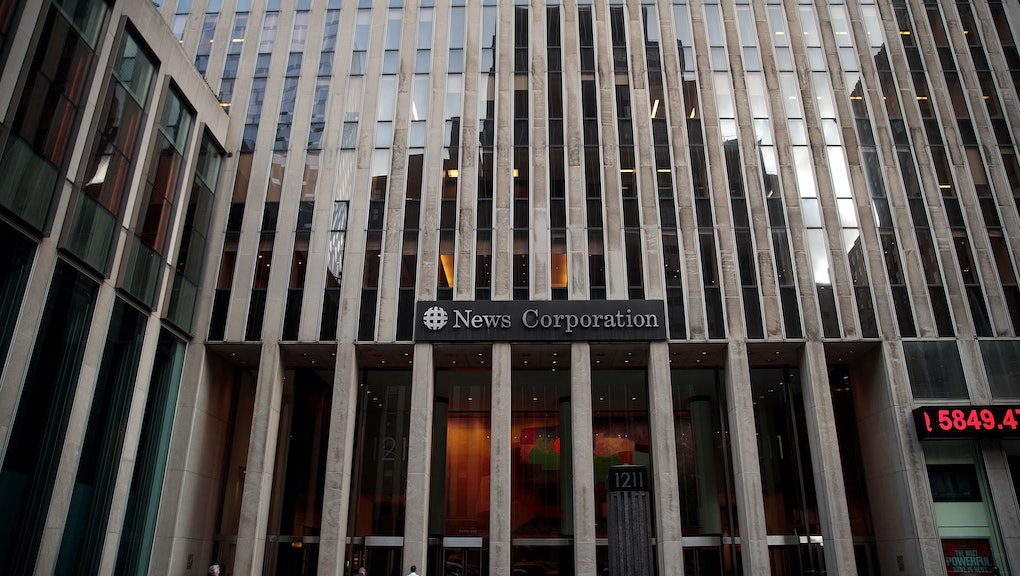 The problems at Fox News allegedly don't stop at sexism. According to the Daily Intelligencer, a total of nine employees are bringing a joint lawsuit against the network, alleging years of racial abuse by comptroller Judy Slater.

Unnamed sources told the Intelligencer that seven black employees will join the suit two black women filed in March. The original claimants said that, thanks to Slater, they experienced "top-down racial discrimination" while working in the payroll department. Among many other things, Slater is accused of describing black men as "women beaters," characterizing black people as inherently threatening to white people and criticizing one black employee's hair and questioning the paternity of her children.

The Intelligencer obtained a copy of a recent letter from the employees' lawyers, which alleges that — in addition to years of verbal abuse — Slater also subjected black employees to degrading "arm-wrestling matches" held in her office. The attorneys compared this practice to "Jim Crow-era battle royals," during which white people forced black people to box blindfolded for the amusement of white crowds, and called Slater's matches "horrifying," "offensive and humiliating."

In the wake of the original lawsuit, Fox fired Slater, but according to the Intelligencer, she had an accomplice: accounting director Tammy Efinger. According to the letter, she never attempted to "interfere with Ms. Slater's outrageous conduct" but instead laughed along. The plaintiffs are pushing for Efinger's removal.

On Wednesday, Fox fired its top-ranked host, Bill O'Reilly, after a New York Times report alleged that he had, with the network's help, paid out more than $13 million to cover up a series of sexual harassment complaints filed against him. Women at Fox regularly field belittling, entirely inappropriate behavior by their male colleagues, but O'Reilly reserved much of his vitriol for black women.

Roger Ailes, the company's CEO until a sexual harassment suit proved his undoing, also has a documented history of racism, suggesting that the men in charge at Fox News have fostered a corporate culture in which discrimination thrives.