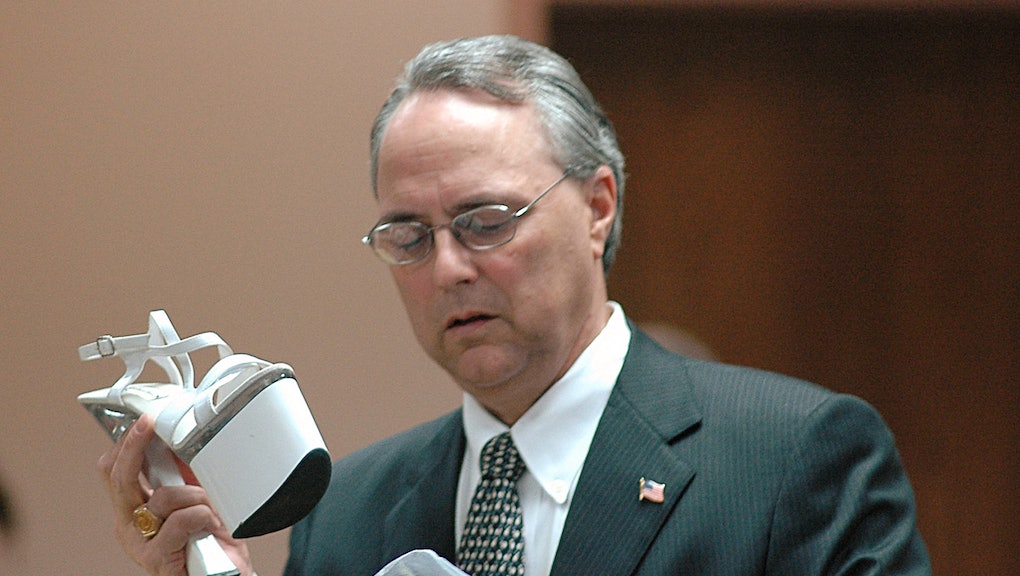 In a moment of very brazen sexism, a lawyer in Memphis, Tennessee, defended an accused rapist by arguing that women are naturally superior liars.

"People can be very good at lying," attorney Steve Farese said Thursday, according to WFXT Fox 25. "Women can be especially good at it because they're the weaker sex."

A jury comprised of 11 women and three men acquitted Farese's client, wealthy Tennessee businessman Mark Giannini. Giannini, who is also implicated in two separate rape trials, allegedly drugged and sexually assaulted a woman who showed up at his house to interview for a housekeeper opening, according to NBC.

Farese told the jury that the sex was consensual, that the woman had a drinking problem and that she had intentionally worn provocative clothing that invited Gianni's advances.

"[Prosecutors] didn't want you to see the top, because it was a halter top," Farese said, according to NBC. "It was a sexy top. It was a contraption. She knew where she was going. She knew what she was doing."

"It was a sexy top. It was a contraption. She knew where she was going. She knew what she was doing."

Naturally, the comments incited some anger. Deborah Clubb, executive director of the Memphis Area Women's Council, told NBC that the argument was "despicable and outrageous."

"It was so offensive to hear ancient language saying all women lie, connive and can't be trusted," Clubb said. "For Farese to stand there and put the blame on her and say all women are liars is beyond pale," she added, noting that feeding the misconception that women lie about being raped — they almost never do — only discourages other victims from reporting.

Farese, for his part, was unruffled by the pushback.

"[My] job is not to care if anybody gets offended," Farese told the Memphis Commercial Appeal on Thursday, after the trial. "Smart people will see it for what it is."

Which is what? Exploiting a damaging misconception about rape allegations for personal financial gain?