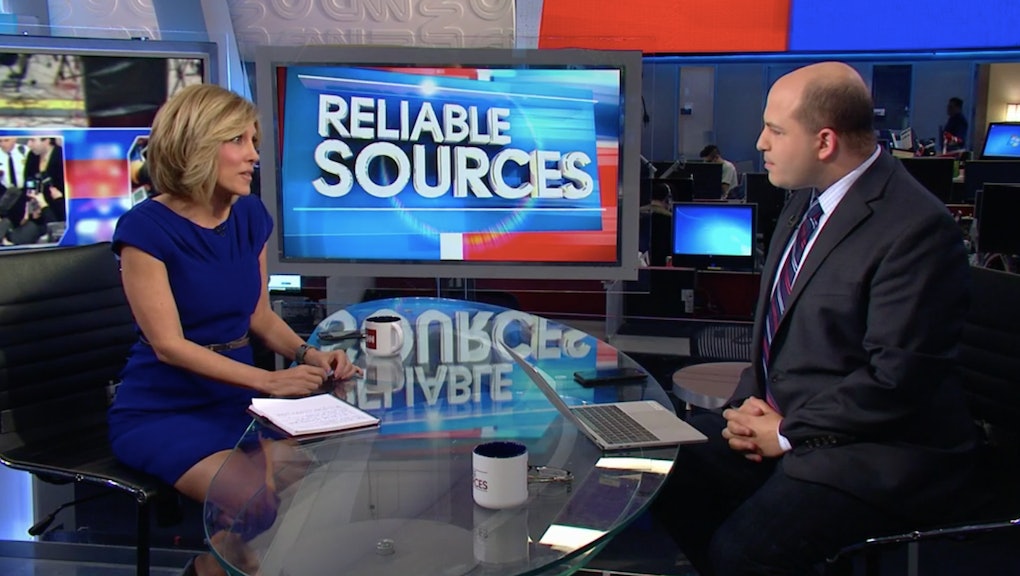 On Sunday, former Fox anchor Alisyn Camerota sat down with Brian Stelter on CNN's Reliable Sources and confirmed she had been targeted by Roger Ailes, Fox's former CEO and chairman, during her time there.

"Roger Ailes was — could be charming," she continued. "He could be quite charismatic. He could be uproariously funny. He could also be a bit of a bully, and mean. And he also was often kind of grossly inappropriate with things that he would say, and I think that many of us experienced that.

"He would talk about body parts," Camerota added. "He would say, 'Give me a spin.' He would want to be greeted with a hug."

Camerota said O'Reilly never targeted her. Ailes, meanwhile, turned vindictive early on in her Fox career, when he insinuated that her professional advancement would come with the pair "getting to know each other better ... at a hotel," which Camerota turned down. After that, she said, Ailes hectored her for not being conservative enough, politically speaking, in her news coverage, insulting her and subjecting her to "emotional harassment," Camerota said.

Yet harassment seems very much to be the norm at Fox. In firing O'Reilly, the Murdoch family — which owns 21st Century Fox and Newscorp, and thus, Fox News — said it wanted to "underscore [its] consistent commitment to fostering a work environment built on values of trust and respect." If that's true, Camerota said, she felt she should speak up: "It feels like this might be the right time to just have this conversation and let some daylight in."