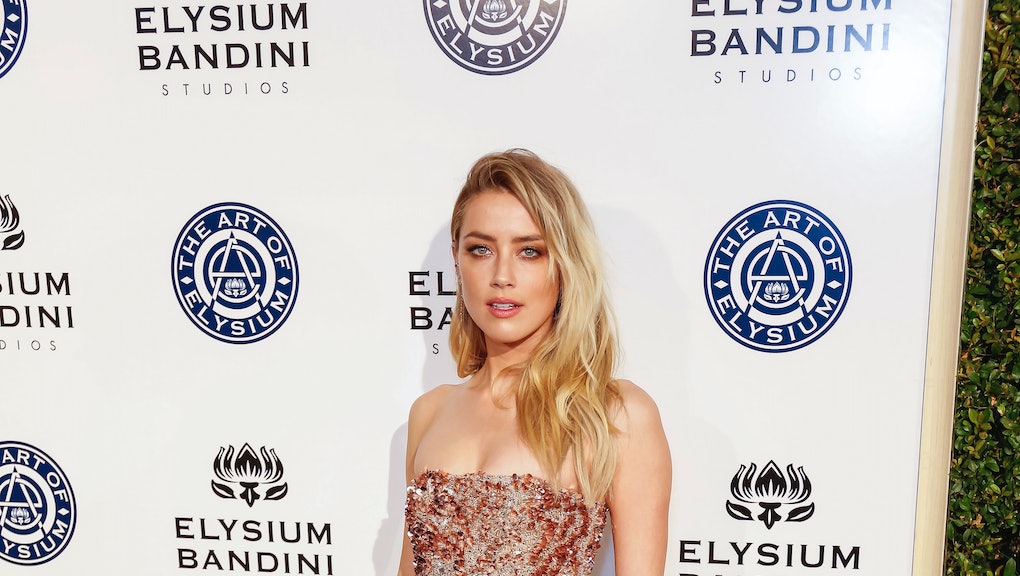 Heard, who has reportedly been dating Elon Musk, posted a picture of her with the Tesla CEO on the social media site. She captioned the image: "cheeky." The two appear to be at dinner and Musk has lipstick on his cheek, which explains the caption.

According to E! News, the two have been together since July. When rumors about their relationship began circulating, it was revealed the billionaire first had his eye on the actress when they both appeared in the 2013 film Machete Kills.

A source on set told the Hollywood Reporter that although they had no scenes together, the Tesla CEO actively pursued Heard. He reportedly emailed other actors from the film, including director Robert Rodriguez, to request a meeting with the actress.

In addition to making their relationship status official on social media, the two were spotted in public over the weekend. People reported that Heard and Musk visited the Currumbin Wildlife Sanctuary on Australia's Gold Coast on Sunday.

Heard is currently in Australia filming Aquaman alongside Jason Momoa and Nicole Kidman.

The confirmation of their relationship comes months after Heard finalized her divorce from Johnny Depp in January. Musk is also recently divorced; he was married three times before, twice to actress Talulah Riley. The pair split in October.