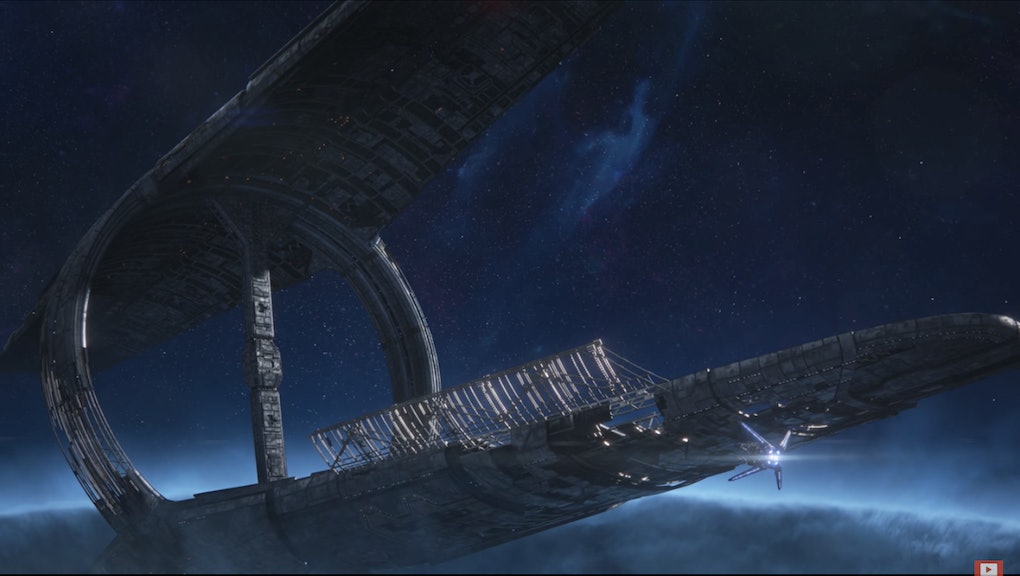 'Mass Effect: Andromeda' Timeline: When does the game take place?

Although Mass Effect: Andromeda has a number of nods to BioWare's original series — like Alec Ryder being part of N7, a voice cameo from Dr. Liara T'Soni and a turian on Havarl who knew Mass Effect 1's villain Saren Arterius before he went rogue — we shouldn't expect to see any characters from the original series showing up in any Andromeda media.

The reason for this is, barring something really ridiculous, the events of the original Mass Effect trilogy have long since been resolved by the time Ryder and his Pathfinder team emerge in the Heleus cluster.

According to a Eurogamer article from November, the Andromeda Initiative leaves the Milky Way in 2185 CE at the conclusion of Mass Effect 2's campaign. This means the Initiative just misses it when the Reapers show up in 2186 — which kicks off Mass Effect 3 — so assuming the 600-year journey is accurate, the action of Mass Effect: Andromeda takes place in 2785 CE.

Depending on who you ask, however, there's about a 33-year variance about when you actually arrive in the Heleus cluster. According to the Mass Effect: Andromeda Wiki, the trip to Andromeda actually takes 633 years, which would place Andromeda's action somewhere between the years 2818 CE and 2819 CE.

This doesn't really affect how the original trilogy and Andromeda interact with each other; it's just meant to represent the events of Mass Effect 1, 2 and 3. But it does mean everyone's haircuts and wardrobes are about 600 or so years out of date.

This is not to rag on Mass Effect 3's ending, but for players who might be new to the series, the original Mass Effect trilogy had you traverse the Milky Way by using massive gates called Mass Relays  — which allowed you to arrive quickly at other star systems within the Milky Way.

Regardless of which ending you chose in Mass Effect 3, however, you actually destroy all of them, which means everyone in the Milky Way is pretty much stuck where they were when Shepard destroyed or controlled the Reapers, or synthesized all organic and machine life in the galaxy. This means you're not likely to meet anyone from the original trilogy in the Andromeda galaxy.

It's hard to say how likely it would be for BioWare to pull the trigger on doing something like this. It would mean making one ending of Mass Effect 3 a "canon" ending, which might open up a whole heap of outrage from people who might still be mad about it. It's possible we'll see more nods to the original series in the next Andromeda game or single-player DLC, but it'll probably be left intentionally vague to avoid having to spend too much time rehashing what happened in Mass Effect 3.