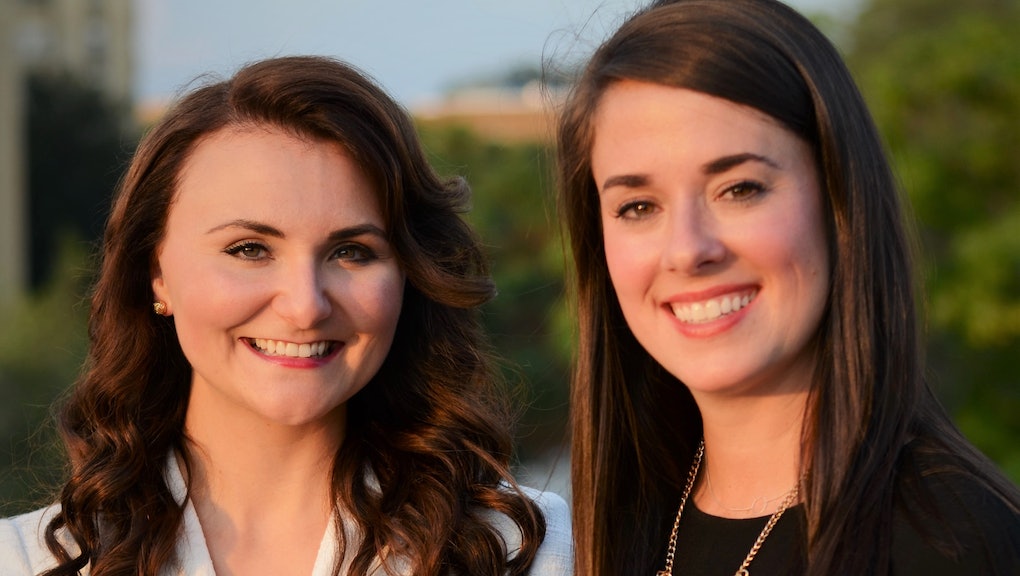 Jennifer Pierotti Lim and Meghan Milloy know firsthand what you get for being a young Republican woman who opposed Donald Trump's candidacy for president. The pair said that, as a result of supporting Hillary Clinton, they had been targeted on Twitter as "evil whores," "traitors" and "brain dead."

The focus will be on countering "some of these ideas that have come out of the Republican Party, especially since January 20th," the day of Trump's inauguration, Lim said in a phone interview.

"The anti-immigration, protectionism, continuing with the racism and the sexism that we felt throughout the campaign, really, is what we want to push back against and kind of let the world know that, 'No, this is not what the Republican Party stands for.'"

Their goals are ambitious and developing. They want to turn the focus of GOP politics away from wedge issues like abortion and bring more Republican women into civic life. To that end, the group is reaching out on Facebook, Twitter, LinkedIn and through both fundraising and community pages on Crowdpac.

In a nutshell, Lim and Milloy are trying to make an argument to women that the Democrats haven't cornered the market on "progressive" thought. Ahead of their relaunch, the D.C.-based duo talked to Mic about their vision of offering a "reasonable Republican version of EMILY's List."

Lim, a 31-year-old attorney who spoke in praise of Clinton from the podium at the 2016 Democratic National Convention, said "progressive" is a term "mostly associated with the left. But the Republican Party is the one that really is in need of some progress."

Even minus the unease with the GOP tied to Trump-brand politics, Lim and Milloy said, it's not as if there's a gender balance in the halls of power.

U.S. Census figures show women make up about half the population, but according to the Rutgers Eagleton Institute of Politics, women hold just 104 seats in Congress. Of those, 78 are Democrats and 26 are Republicans.

At least on affiliation, that may be understandable in context: Pew Research Center studies show women, like younger Americans overall, tend to identify with or lean toward the Democratic Party.

"Any woman running for office is kind of a chupacabra right now — especially a woman that calls herself a Republican but is progressive on social issues," said Milloy, 30, who works at a center-right Washington think tank. "But they're out there."

There are already established programs to help Republican women get into the political arena and organizations that espouse reforming the GOP — or both. The Republican National Committee, which recently elected its second-ever female chairperson, Ronna McDaniel, has also tried to make inroads with women through online outreach.

Still, Lim and Milloy said their shared sense is that Democrats have simply done a better job of candidate recruitment and training.

"I think there is this there's always been a mentality on the Republican side that people feel uncomfortable organizing things to benefit a specific demographic," Lim said.

That's part of the mentality that Republican Women for Progress wants to help change. "Of course there are a number of women's political engagement groups on the left, but we aren't seeing that zeal from the right," Lim said.

Whether the retooled group will get traction given its founders' choice to campaign for Clinton, who remains one of the GOP's favorite punching bags, remains to be seen. But abandoning a Republican Party that they feel left them behind with a sharp right turn isn't in the cards for Milloy and Lim.

As they wrote in a Medium post about their plans, "As many women have left the party because they think it no longer represents them, we have decided to remain and fight from the inside for the values we believe in."