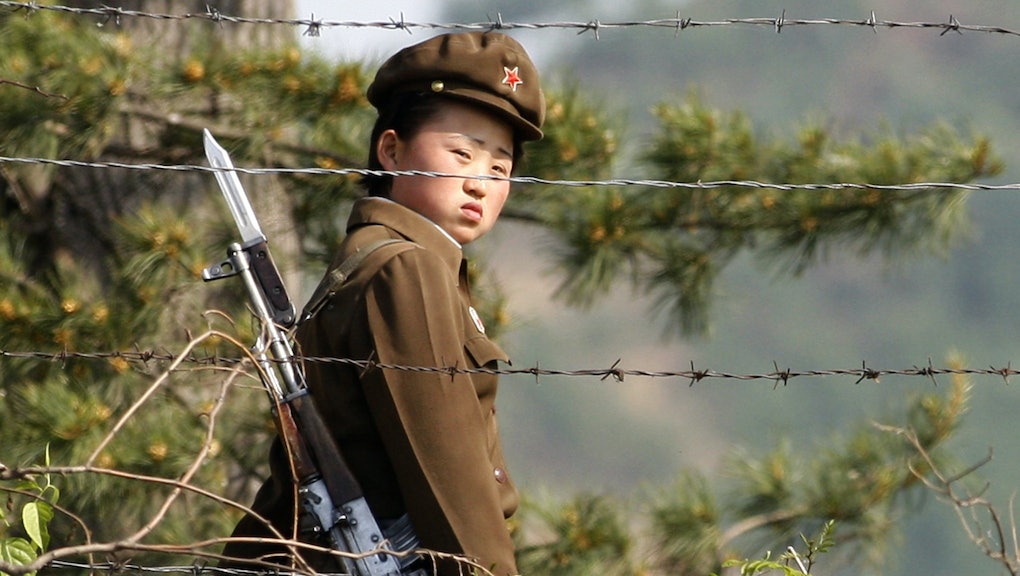 North Korea's Labor Camps: What we know about the country's political prisons

On Sunday, it was revealed that a U.S. citizen had been detained in North Korea, becoming the third such American currently held in the country.

While the detained American's ultimate fate is unknown — and some American detainees have reportedly faced less-harsh conditions than the country's own citizens — North Korea is known to punish those who disobey its government by forcing them into labor camps.

"The unspeakable atrocities that are being committed against inmates of the kwanliso political prison camps resemble the horrors of camps that totalitarian States established during the twentieth century," a 2014 report compiled by the United Nations stated.

"The gravity, scale and nature of these [human rights] violations reveal a State that does not have any parallel in the contemporary world," the report noted.

Amnesty International believes North Korean prison camps have been in use since the 1950s, according to CNN. As of 2012, the organization estimated that up to 200,000 prisoners were being kept in six prison camps throughout North Korea.

The camps are massive in size. According to One Free Korea, one camp, Camp 22, is said to hold up to 50,000 prisoners and is roughly the size of Los Angeles.

Recently, it's been reported that the camps have only continued to grow. A Nov. 2016 report by Amnesty International revealed through satellite footage that the government continues to invest in the camp's infrastructure, with new and updated structures appearing in satellite imagery taken a few months apart earlier that year.

North Korean prisoners aren't only held within the country's own borders. Some of the country's prisoners, Vice reported, have been forced into prison camps established in nearby Siberia.

The North Korean government in Pyongyang has consistently denied the fact that these prison camps exist. Satellite footage, however, has helped to prove their existence, and those who have emerged from the camps and escaped North Korea have spoken out about their experiences.

Former prisoners who have shared their experiences revealed the camps' horrific conditions, which have caused the deaths of many prisoners.

"Conditions are horrific," Suzanne Scholte, chairman of the North Korea freedom coalition, told Business Insider. "People are worked for 14, 15 or 16 hours every day with just a handful of corn to live on and they are intentionally starved and worked to death."

"Torture is common, there is no medical aid and the sanitation is horrible," Scholte continued. "They wear the torn uniforms of old prisoners and sleep crammed together in a room."

One former prisoner, cited by CNN, described receiving just "120 grams of rotten corn" each day, while Kang Chol-Hwan, who is now a journalist in South Korea, said he relied on eating mice, insects and grass for survival.

"It was like Hitler's Auschwitz concentration camp, not as large and there is a difference in the way people are killed. Hitler gassed people, Kim Jong Il sucked the life out of people through starvation and forced labor," Kang told CNN.

Other prisoners are said to face an even quicker death sentence, as those who are disobedient are reportedly publicly executed. Former prisoners cited by the Telegraph also speak of forced amputations, as well as a mother who was forced to kill her newborn child.

The Washington Post noted that most prisoners are forced into the labor camps without knowing the charges leveled against them. For some, there may not even be any charges at all, as the country acknowledges "guilt by association."

The government can imprison up to three generations of family members associated with a single wrongdoer, the Post noted. This is based on a decree by founding dictator Kim Il-Sung: "Enemies of class, whoever they are, their seed must be eliminated through three generations."

And the reasoning behind the imprisonment for many is often unjustified, especially compared to their horrific fate. According to the Post, Kim Young Soon, a former prisoner, spent eight years in a prison camp along with her children and parents — many of whom didn't survive. The reason: She was friends with Kim Jong Il's first wife, which raised suspicions that she could, potentially, spread gossip about the leader.

"I had a friend who loved Kim Jong Il, and for that the government killed my family," Kim told the Post. "How can it be justified?"

Even as information about North Korea's human rights violations becomes widespread, however, little has been done to stop it, with most foreign relations with the country focused instead on their nuclear arsenal.

"We have this system of slavery right under our nose," An Myeong Chul, a former camp guard who defected to South Korea, told the Post. "Human rights groups can't stop it. South Korea can't stop it. The United States will have to take up this issue at the negotiating table."