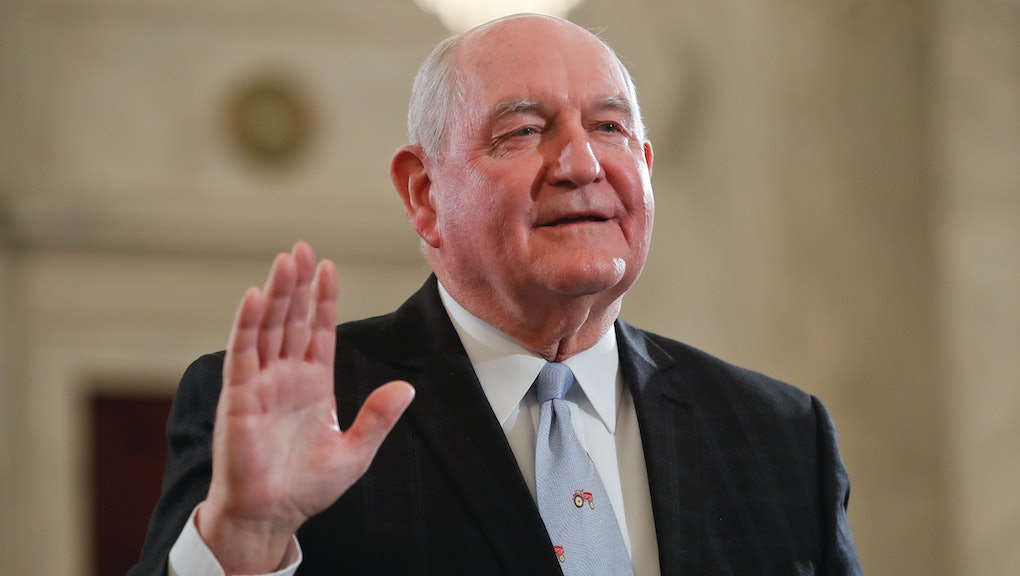 Former Georgia Gov. Sonny Perdue has become the second to last member of President Donald Trump's Cabinet to be confirmed, with the Senate approving his nomination for secretary of agriculture 87-11 on bipartisan lines on Monday.

As ABC News noted, Perdue is the first Southerner in more than 20 years to hold the post, and has promised to advocate for rural communities amid Trump's plan to cut billions of dollars from the Department of Agriculture's discretionary budget. Though he is not affiliated with the several food companies using the Perdue name, his nomination was nonetheless slowed as the White House prepared the ethics agreement required of senior administration appointees with possible conflicts of interest — a process which slowed his confirmation to just short of the conclusion of the first 100 days of Trump's presidency.

While governor of Georgia, Perdue had some similarities to the ethics concerns now dogging Trump — including promises to crack down on alleged corruption in the state capital of Atlanta which were belied by his refusal to step down from ownership or managerial roles in four farming businesses. According to the New York Times, the State Ethics Commission had lodged 13 separate ethics complaints against Perdue by the end of his run as governor, twice ruling he had broken the law. Controversies included a state legislator who was also Perdue's attorney proposing a bill which granted the governor a $100,000 state tax cut, as well as meeting with Georgia officials to discuss starting an export business before leaving office.

The last remaining cabinet-level role in Trump's administration, secretary of labor, has yet to be filled. Trump has nominated Florida International University College of Law dean Alexander Acosta, with Republicans planning to put him up to a confirmation vote as soon as this week.