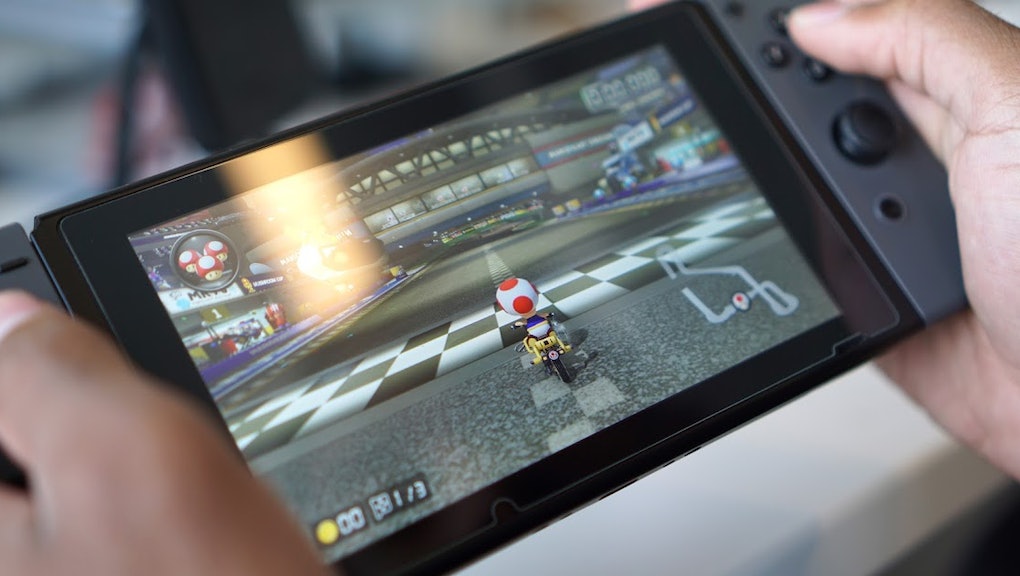 Mario Kart 8 Deluxe on Nintendo Switch is no exception to the one and only rule of blue shells: first is the worst.

When a blue-colored spiny shell is launched in Mario Kart, it instantly seeks out the player in first and incites a blast bigger than regular shell hits. You'll never be hit with a blue shell in a manner that seems fair, if only because it feels like the game is punishing you for doing well.

That's where proper dodge technique comes in. If you're able to practice the right dodge skills, blue shells in Mario Kart 8 Deluxe won't be a problem.

The best practices for dodging a blue shell blast comes to us from AbdallahSmash026 on YouTube. The YouTuber gives us 10 methods to use for dodging spiny shells, some of which can be used more often than others. Countering a spiny shell in Mario Kart 8 Deluxe can be categorized into two groups: items and techniques.

It's well known that the super horn's specific purpose is to destroy spiny shells with a sonic wave that will help you preserve your first place ranking. But other items can keep you in first as well. Well-timed mushrooms and gold mushrooms will allow you to escape the blast of a blue shell. In the gif above, the Inkling uses their mushroom right before the shell hits to power through the blast and keep on going. Practice this and you'll be unstoppable.

The mushroom may be the hardest of the non-super horn items to time when countering a blue shell. The star and boo items turn you invincible and invisible, respectively. Both make you impervious to spiny shells.

Then there are the techniques. The tried and true method for countering a spiny shell in any Mario Kart game is to slow down and assume second place for a while. If the shell doesn't hit the racer that just zoomed past you, its blast will at least affect one or two racers behind you too.

Beyond that, certain levels allow you to eject right before the shell's blast takes effect. In the gif above we see glowing, molten lava Bowser give the blue shell a shrug by driving off the stage at the exact right time. If you time it well, Lakitu will carry you right outside the blast.

Check out the entire video of Mario Kart 8 blue shell dodge techniques for yourself below.

If you're anxious to get racing in Mario Kart 8 Deluxe, check out our video gameplay of the first 20 minutes of the game and find out the eight characters the game needs ASAP. Check out the best techniques to race with and learn how you can buy the game bundled with the console, including one bundle from Nintendo. Find out if we'reexpecting DLC and our initial impressions of the new console it's on from back in January. Or you can play Mario Kart 64 on a newer console instead, if you're looking for some nostalgic throwback. And when all else fails, back that thang up.